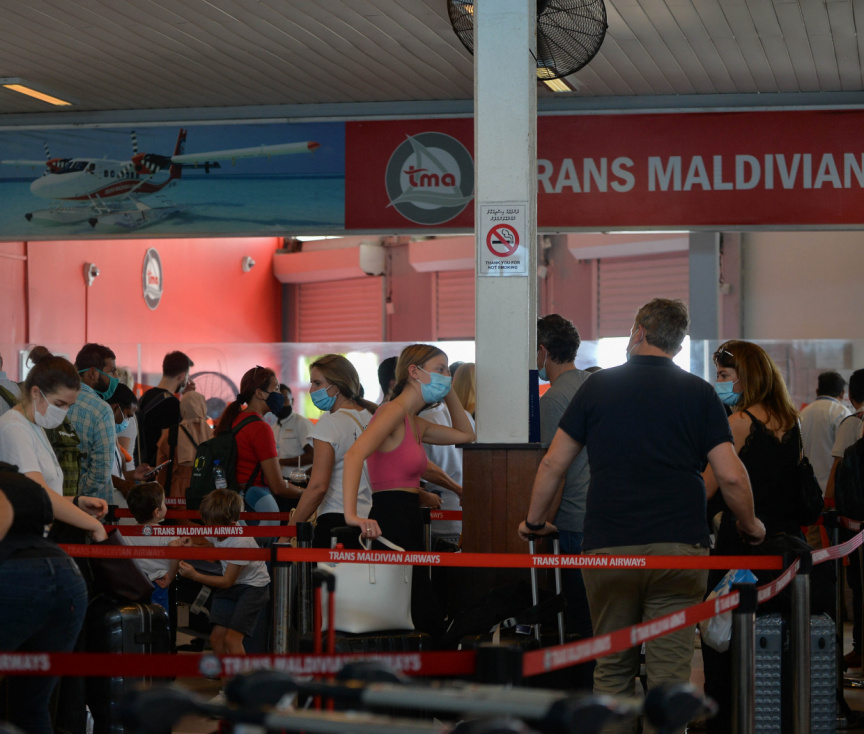 Garnering hope from the early arrival of COVID-19 vaccines, Maldives has upped projected tourist arrivals this year to 1.5 million.

Speaking during a ministerial questioning session at the Parliament on Wednesday morning, Tourism Minister Dr. Abdulla Mausoom said the government previously projected the arrival of 1 million tourists this year, but has revised the number to 1.5 million tourist arrivals after receiving vaccines earlier than they expected.

“The number has been revised as we received vaccines earlier than we had hoped for. We now project 1.5 million tourist arrivals to Maldives by the end of this year,” he said.

Mausoom said the government is also considering counting bed nights instead of arrivals this year, as bed nights are directly linked with tourism income.

“We therefore project 10 million bed nights this year,” he said.

Mausoom said that though the Maldives expects higher tourist arrivals this year than previously projected, arrivals in January and February have fallen below projected levels due to travel restrictions in Europe with a resurgence of COVID-19 infections.

Maldives began mass vaccinations against the COVID-19 on February 1.

Maldives also expects to receive the first shipment of vaccines from World Health Organization (WHO) this February.

16,251 people have been administered the first dose of Covishield under the vaccination program.

Over 4,800 tourist arrivals on Sunday

Inoculation of 10,000 tourism workers to be expedited