HRCM calls for abolishment of child marriages in Maldives 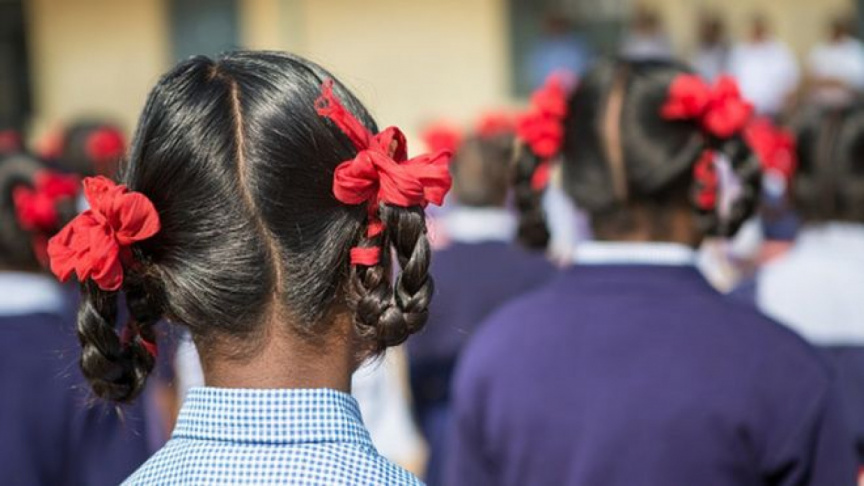 Human Rights Commission of Maldives (HRCM) has called for an end to the culture of out of court child marriages, as a recommendation for the Universal Period Review (UPR) of Maldives.

HRCM made recommendations to address 15 human rights issues faced between 2015 and 2019 in the report it submitted for the UPR, which are under review in the ongoing 36th session of the United National Human Rights Council (UNHCR)’s UPR of Maldives.

HRCM’s recommendations include the abolishment of child marriages, and the enactment of evidence bill, child rights bill, education bill and witness protection bill.

Marriage of children under the age of 18 years was criminalized under Article 25 of the Child Rights Protection Act, which was enacted after remaining stymied in the drafting stage for years in late 2019. And the Parliament’s National Development and Heritage Committee passed an education bill in August.

HRCM noted in its report that the marriage of minors are permitted under special circumstances with the approval of the Supreme Court, and that acts considered as sexual offenses under Special Provisions Ac to Deal with Child Sex Abuse Offenders are disregarded if an adult is legally married to a minor.

It also noted the lack of implementation of minimum standards for children’s shelters, the continued vulnerability of children in state care to abuse, and the exclusion of acts of torture in legal and disciplinary proceedings involving abuse cases of children under state care.

HRCM, in addition to recommending the abolishment of child marriages, has also recommended strengthening coordination and commitment amongst stakeholders dealing with child abuse and treatment and rehabilitation measures for victims, ensuring that those institutions that accommodate children under state care report all cases of torture to HRCM, and allocation of sufficient resources to strengthen child protection services.

HRCM has also recommended more effective measures to avoid incidents of arbitrary arrest and administrative detention, concerted efforts to implement the Prevention of Human Trafficking Act to protect migrant workers, and keeping HRCM informed of all disciplinary proceedings undertaken by law enforcement agencies in cases involving acts of torture in order to prevent a culture of impunity.

HRCM found that between 2015 and 2019, strip searches were conducted at the time of arrest, and during imprisonment without reasonable cause. The commission also found that while solitary confinement is prohibited, disciplinary segregation of up to 30 days is permitted, leading to solitary confinement being practiced as a form of disciplinary segregation in Maafushi Prison.

The commission also noted inadequate access to healthcare and poor prison conditions, and lack of effectiveness of complaint mechanisms established at prisons to report torture and other violations.

Additional recommendations by HRCM include amending the Freedom of Assembly Act in compliance with international legal standards and best practices, ensuring people with disabilities have equal access to education, employment and healthcare without any discrimination, and review, amend and enforce Domestic Violence Prevention Act and criminalize domestic violence as separate criminal offence.

Preparations underway to hand over Hiyaa units in March