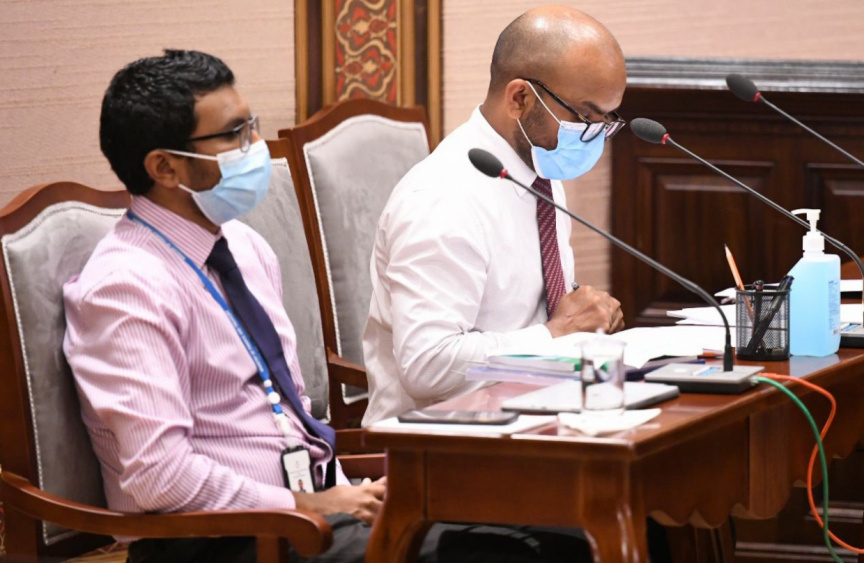 Finance Minister Ibrahim Ameer was summoned to the parliament today for questioning.

“Currently, we do not have an operational FTA with China. It can be operationalized by the formation of new laws by the parliament. That is the responsibility of the parliament. We do not see much benefit from this FTA.” Said Minister Ameer.

This was reiterated by the Speaker who added that relevant laws by the two nations had to be formed for the implementation of the FTA under article 165 of the agreement. Nasheed said that “there was no Free Trade Agreement” between Maldives and China” due to the lack of these laws.

MDP has been a stern critic of the FTA. The party said that the agreement signed was rushed and that there was a huge difference between the balance of payment which would in turn damage the Maldives.

Nasheed himself has stated that the Parliament had to take action on the agreement. An issue regarding the agreement was proposed by MP for central Henveiru Ali Azim which was later retracted.

For debt coverage, state companies to be privatized