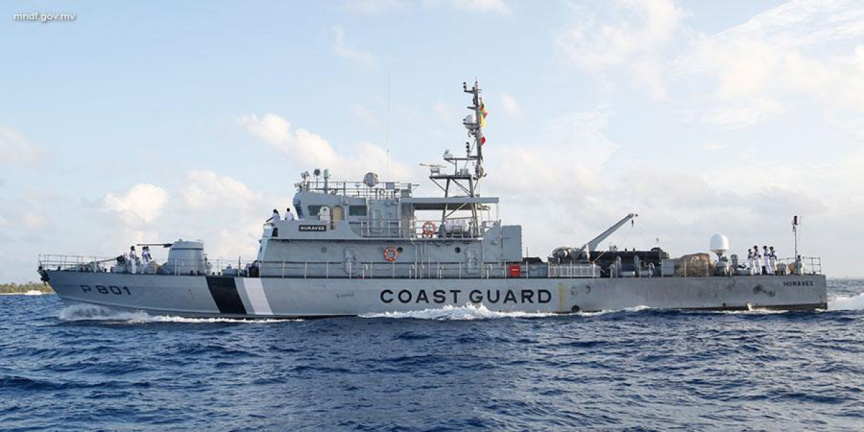 An MNDF coastguard vessel is pictured at sea.

A fishing boat off the coast of K. Huraa sank amid stormy weather conditions on Saturday, throwing nine fishermen into the sea.

Maldives National Defense Force (MNDF) stated the incident was reported at approximately 6:33 am.

The fishing boat ‘Kanduroadhi 1’ was near the fishing buoy of K. Huraa, 14 nautical miles to the east of Male’ City, when it sank.

The nine fishermen who had been on the boat were rescued on to another boat travelling in the area.

“No one was injured in the incident,” said a spokesperson from MNDF.

The boat is travelling with the rescued fishermen towards Male’ City, and is accompanied by a Coastguard speedboat.

One injured in sea ambulance collision in ICU

PG asked to order probe into threats against migrants