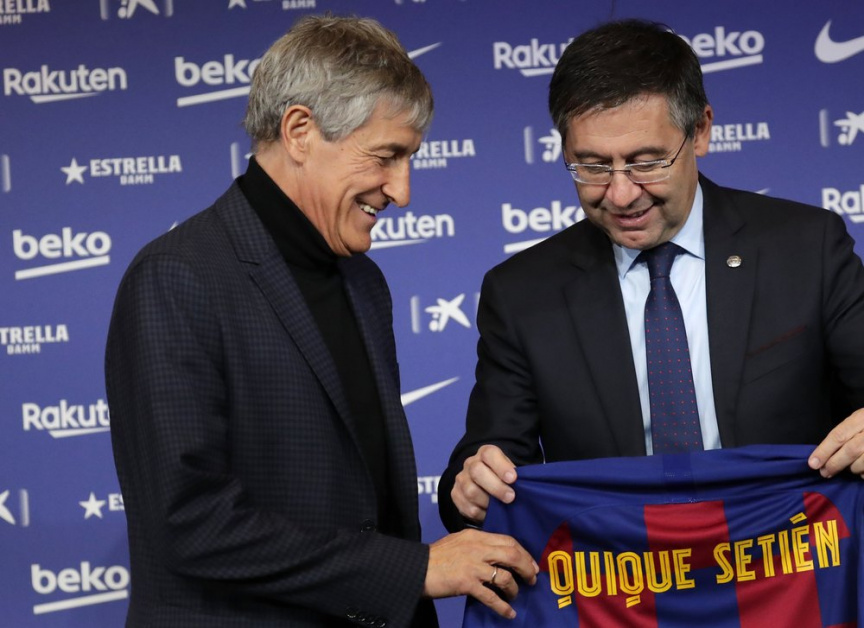 BARCELONA, Spain (AP) — Six members of Barcelona’s executive board have resigned amid an ongoing controversy regarding a company hired by the club that made negative comments on social media about some of the team’s own players.

Barcelona denied any wrongdoing and said Friday that the resignations were part of “an attempt to face the challenge of the final phase of the mandate” of club president Josep Bartomeu.

In a statement published by Barcelona-based newspaper La Vanguardia, the six former board members said they “must underscore our disappointment caused by the unfortunate social media incident, known as ‘Barcagate,’ which we learned about through the media.”

In February, Spain’s Cadena Ser radio network reported that a company hired by Barcelona used fake social media accounts to discredit opposition figures and even some of its players when they expressed views that went against the club.

Barcelona denied the reports, saying that it had hired the company I3 Ventures to monitor social media traffic about the club. Later, it ordered an external probe by PriceWaterhouseCoopers consultants to determine the nature of the work carried out by the company.

Following his resignation from the board, Emili Rousaud said he suspected that there may have been financial misdeeds involved in the payment of I3 Ventures.

“The issue of the social media is dirty,” Rousaud told Catalan radio station RAC-1 on Friday. “I believe someone had his or her hand in the till. But I don’t know who, although I don’t think it was someone on the board.”

Barcelona responded by saying “in the light of the serious and unfounded accusations made this morning by Mr. Emili Rousaud, ex-institutional vice president at the club, ... FC Barcelona categorically denies any activity that can be described as corruption.”

The club said that it would announce the findings of the probe when it is complete. It added that the resignation of the board members was part of a “reorganization” of the club officials carried out by Bartomeu.

Barcelona leads the Spanish league, which is suspended during the coronavirus pandemic, but it has had a difficult season. It has had to replace its coach and the social media scandal has put serious pressure on Bartomeu, whose term runs until the end of the 2020-21 season.

Barcelona without injured Aguero for 10 weeks

Laporta back as president at embattled Barcelona