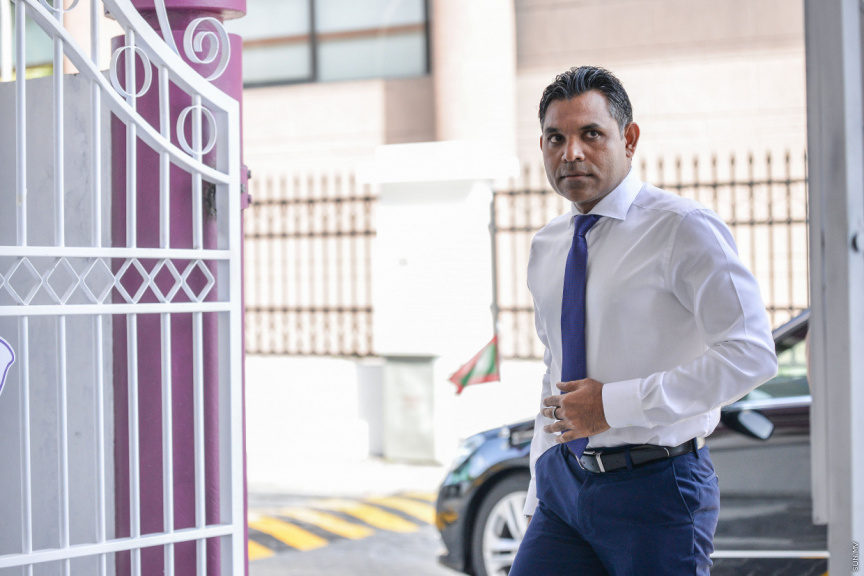 A man under the influence has vandalized a number of vehicles, including the vice president Faisal Naseem’s car, parked near Hilaaleege in Male’ city.

Reports of the incident were received by Police and officers attended the scene to find the vice president’s vehicle’s wipers and number plate damaged. Police did not reveal the extent of the damage to other vehicles.

A 20-year old local male was arrested for the act of vandalism and Police are now investigating the matter.