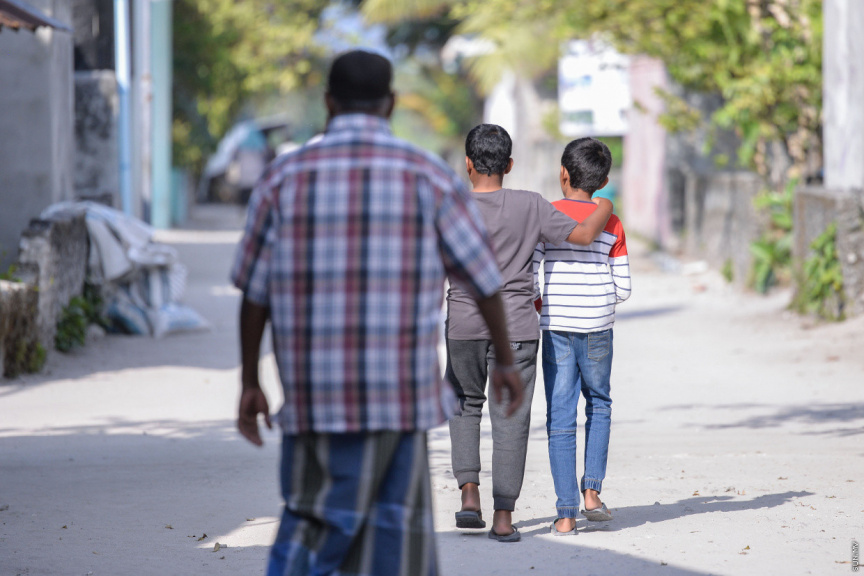 Photo shows pedestrians on a road in an island of the country. (Sun Photo/Fayaz Moosa)

A man has been arrested for allegedly abusing three children under the age of 13.

Police stated confirmed that such a case was submitted to the Upper North Police Division last Wednesday. The Upper North Division includes the atolls of H.A, H.Dh, and Sh.

Police also added that a 30-year-old local man was arrested today under a court order in connection with the case.

No further details to protect the identities of the victims were given by Police who are investigating the matter.

95 cases of violence against children reported in Oct.