3 arrested from Maduvvari remanded to 10 days in custody 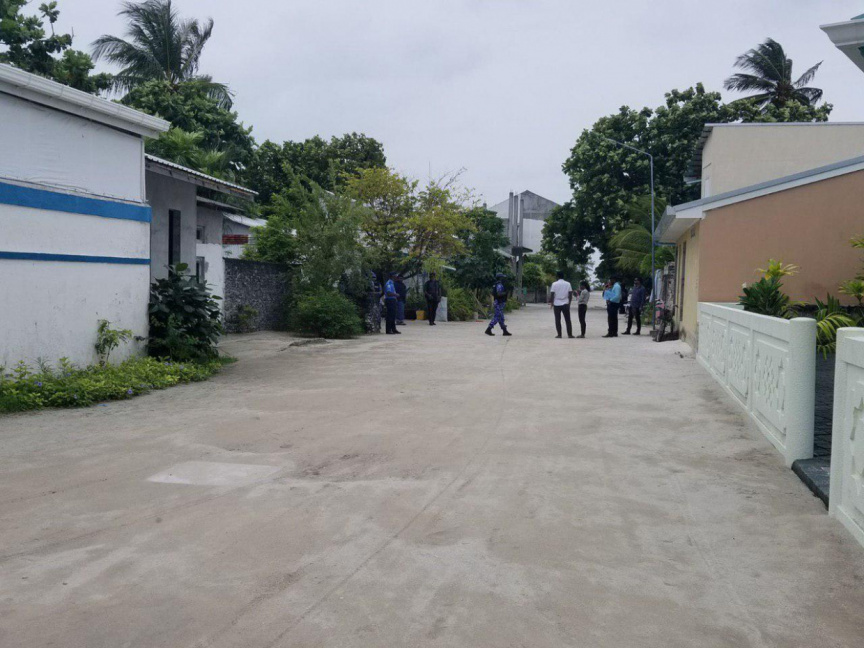 Photos from the Police and MNDF operation to combat religious extremism in the island of R. Maduvvari on December 18, 2019. (Sun Photo)

The three men arrested from R. Maduvvari by Police yesterday have been remanded to 15 days in custody by a court in the Maldives.

Police stated that three Maldivian men aged 22, 26 and 28 were arrested from Maduvvari yesterday. They were remanded to 15 days in custody but Police did not state which court had issued the order citing security reasons.

Three people had also been arrested previously from the special police operation underway on the island. They were remanded to custody for 10 days on December 29, 2019.

The operation in Maduvvari was commenced on December 18.

The police, in a statement announcing the commencement of the special operation in Maduvvari, had said that it was a crackdown to counter religious extremism, religious separatism, denial of constitutional rights and exploitation of women and children, and spread of pro-terror propaganda and recruitment of locals for terrorist organizations in R. Maduvvari.

So far Police have arrested six individuals and searched six boats from the island.

3 more arrested from operation in Maduvvari