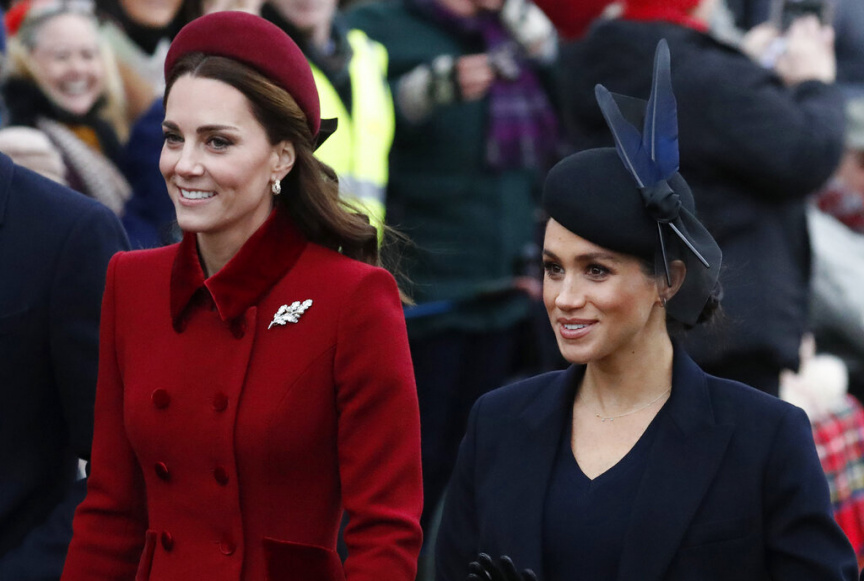 LONDON (AP) — Britain's press is urging social media users to tone down inappropriate criticism of Meghan, the Duchess of Sussex, and Catherine, the Duchess of Cambridge.

Palace officials have been seeking help from Instagram to monitor and remove offensive comments about the two duchesses, who are married to Prince Harry and Prince William.

There have been rumors in recent months that Meghan and Kate have been feuding, which could have partly fueled online abuse with fans of one duchess criticizing the other online in very personal terms.

Meghan, an American actress who married Harry in May, is pregnant with their first child, and some on social media and in the press have taken to criticizing her for cradling her "baby bump" during public engagements.

The Times newspaper reported Tuesday in an editorial called "Vile Abuse" that many of the comments made about Meghan and Kate are too vicious to publish and have included threats.

"Women receive more abuse online than men and this sad truth seems to apply just as much to the royal family," the newspaper said.

The paper also condemned the treatment of Rachel Riley, a British television personality who has complained about a torrent of anti-Semitic abuse on Twitter.

In response to the rise of abusive comments directed at the royal women, Hello! magazine this week launched a "kindness" campaign urging posters to think twice before posting nasty comments.

To encourage more use, Instagram to allow less sharing