Man United halted by Palace ahead of Arsenal showdown 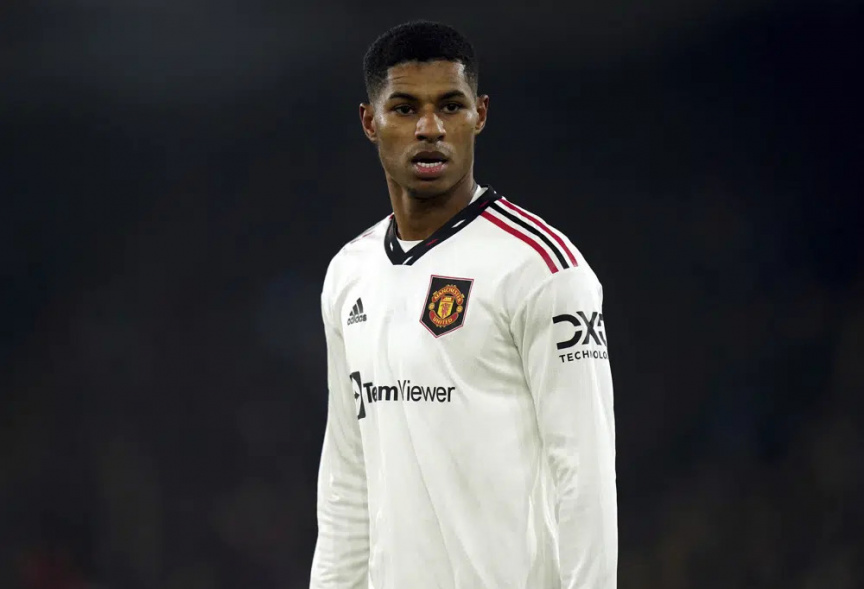 MANCHESTER, England (AP) — Manchester United’s title momentum was dramatically halted Wednesday ahead of its visit to Premier League leader Arsenal at the weekend.

Leading Crystal Palace 1-0 after 90 minutes at Selhurst Park, United looked set to rack up a 10th straight win in all competitions and move up to second in the table, just six points off the top.

Michael Olise, however, completely changed the mood of the night by scoring a free kick in the first minute of stoppage time to earn Palace a 1-1 draw.

Ten Hag’s frustration was evident after a result that changes the narrative going into the game against Arsenal.

Now, instead of being able to cut the Londoners’ lead to three points, defeat would leave United 11 points adrift having played a game more.

Ten Hag has so far talked down United’s unlikely title challenge, but the improvement in his team has been evident on the back of nine straight wins before Palace, including a 2-1 victory against second-place Manchester City last weekend.

United remains the only team to have beaten Arsenal in the league this season and a repeat performance at the Emirates Stadium would have been a major statement of intent.

It still could be, but the draw with Palace will feel like a missed opportunity after Bruno Fernandes had opened the scoring in the 43rd.

United moved up from fourth to third in the league — level on points with Manchester City.

While Ten Hag and his United players were left frustrated, Leeds can look forward to an FA Cup fourth round match with Boreham Wood or Accrington Stanley after a 5-2 rout of Cardiff in their third round replay.

As if a trip to high-flying Arsenal on Sunday isn’t daunting enough, United will be without one of its most influential players.

Casemiro picked up a fifth yellow card of the season against Palace, meaning the midfielder will be suspended for Sunday’s game.

“He’s a really important player for us and a reason we’re in this position. But last time we beat Arsenal without Casemiro. We need to do it again,” said Ten Hag.

Casemiro has been one of United’s best players this season, losing just two of the 18 games he’s started since joining from Real Madrid in the summer.

Leeds put its league struggles behind it with a morale-boosting win in the FA Cup.

The 5-2 victory against second-tier Cardiff ended a seven-game winless streak in all competitions.

It took a 90th-minute goal from Sonny Perkins to salvage a 2-2 draw in the original game but the replay was a much more one-sided affair.

Leeds led 3-0 after 36 minutes with two goals from Wilfried Gnonto and another from Rodrigo. Gnonto gave Leeds a flying start with a stunning volley inside the opening minute and fired home his second after Rodrigo had struck his 11th goal of the season.

Patrick Bamford struck twice in the second half, while Callum Robinson pulled two back for Cardiff.

“I felt very strongly before the game that we were ready for a strong performance. I told the team that. This was obviously an important moment for us, but it’s just another moment in the development we’re trying to create,” Leeds manager Jesse Marsch said.

“An important moment to gather momentum, but hard to say validation because we still have so much to do.”

Man U flying high after City win and Liverpool loss

Joao Felix sent off on Chelsea debut in loss to Fulham