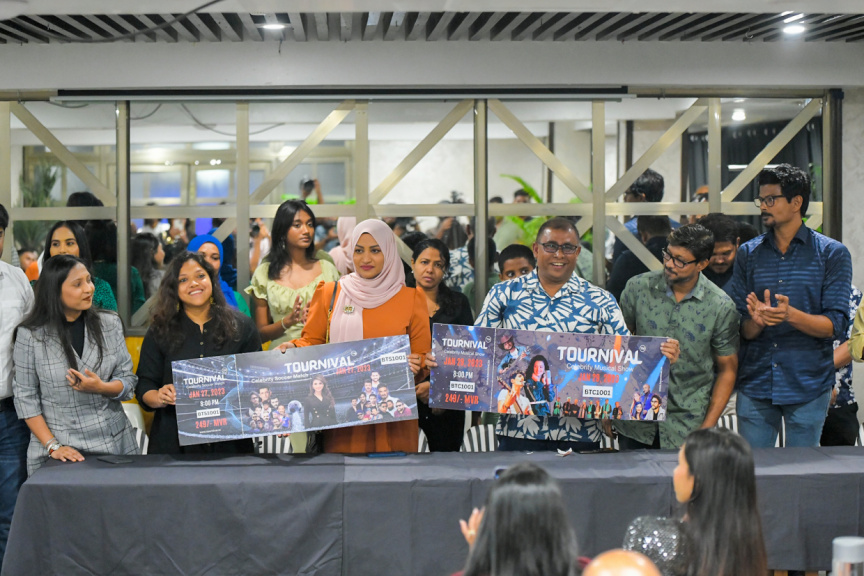 Tickets have been launched for the Tournival – an international celebrity tournament and film carnival that will feature celebrities from Maldives and India.

Tickets were launched by Tourism Minister Dr. Abdulla Mausoom in a ceremony held at Solite Restaurant on Saturday night.

Speaking at the event, Mausoom said the Tournival will boost not just the Maldivian movie industry, but also its tourism industry.

He highlighted on the key role Indian celebrities played is boosting the Maldivian tourism industry during the Covid-19 pandemic.

Tournival is organized by India’s Anyelp, in association with the Maldivian Film Association. A celebrity football match will be held on January 27, and a carnival on January 29.

A ticket for the events cost MVR 249.

The Tournival is the first such international event with celebrities from Maldives and India to be held in Maldives.