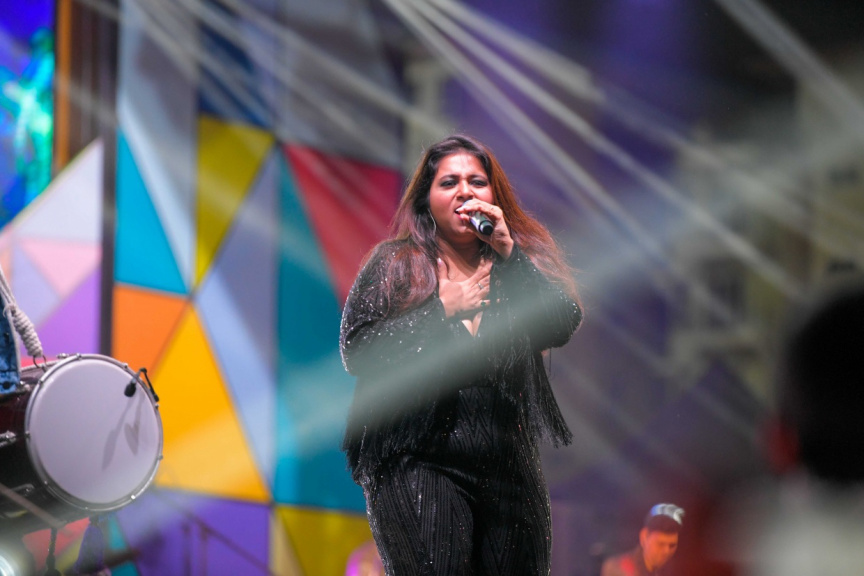 The show held by the Youth ministry at Hulhumale, to ring in the New year concluded successfully.

Bollywood singer, Pawni Pandey, headlined the show named “Maldives Wow Fest” which was held at the synthetic track in Hulhumale’.

Pawni performed her songs as well as Bollywood songs that have become popular among Maldivians. Rahul Bhatt, another singer, also performed alongside Pawni.

The show was very popular among the public and a lot of people went to watch the show at the synthetic track.

Talking to the audience, Pawni said that the reception she got was much warmer than she anticipated.

The Youth Minister, Ahmed Mahloof, and other senior officers of the government along with foreign diplomats joined the public at the show.

The show was brought to an end with a spectacular fireworks display.

Along with the residents of Hulhumale’ phases one and two, and Male’, many people made the journey from the islands near the capital Male’ to see the show as well.

New Year’s Eve to be celebrated with music fest

'Wasn't told not to hold yoga event by any authority'

Music show to be held in conjunction with Sports Awards

WAMCO bill to be merged with electricity bill