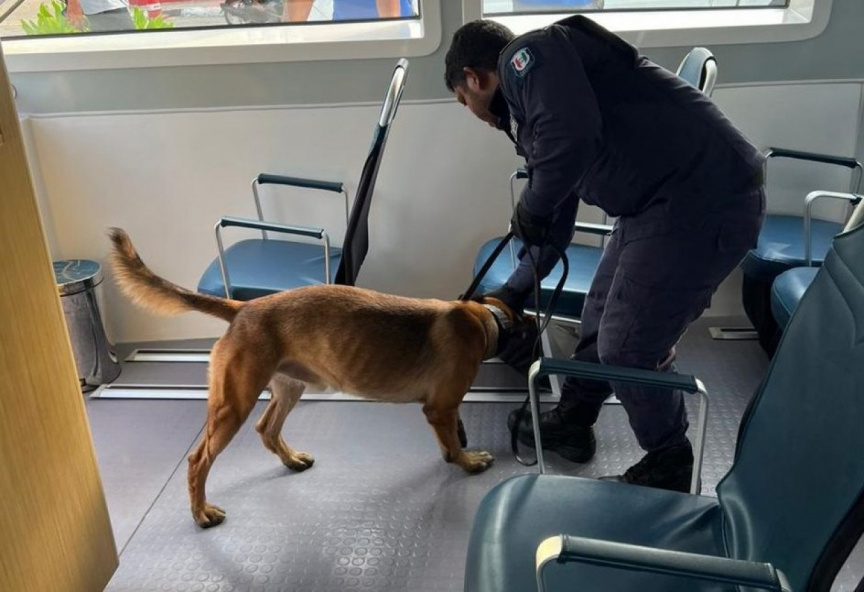 A dog from the squad of Maldives Police Service in action. (Photo / Police)

The authority made this announcement on Wednesday, at a time when terrorism remains within Maldives at some level.

According to Police, the new dogs have been specially trained in the United States to detect detonating objects. Moreover, 10 officers have received special training to use these dogs in operations as well as their care.

The dogs were brought to Maldives in July and were used in the recent counter-terrorism operations conducted in Addu City.

This was the first time these dogs were used for an operation in Maldives.

Police revealed that in addition to the counter-terrorism operations, the dogs will also be used for operations related to intelligence, by Maldives Customs, Maldives Post Limited, in the airport and airport cargo area and in the events participated by high-profile individuals both local and those coming from abroad as well.

Prior to this, the dog squad was only used to detect drugs and related operations. Police noted that several successful operations have been conducted with the dog's assistance.

With the new addition, the number of dogs in the squad has increased to 25.