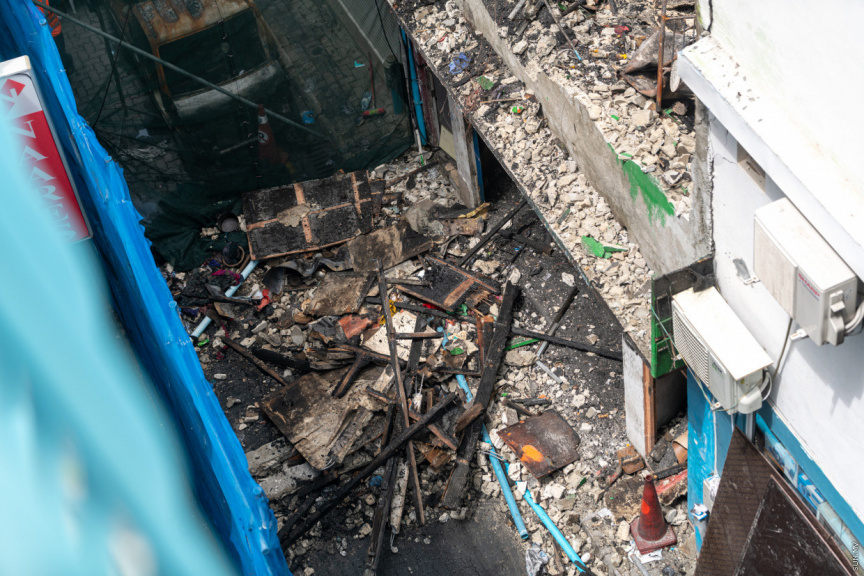 National Disaster Management Authority (NDMA), on Thursday, has stated that damage assessment of homes impacted in the fire at M. Nirufehi has been completed with the assistance of Planning Ministry.

The authority said that presently efforts were underway to formulate the assessment reports and estimate losses.

Underscoring that no family remains in temporary housing by NDMA – they said that impacted houses included four apartments from M. Vaadhee and one apartment from M. Sendrose.

NDMA also detailed that families living for rent in five apartments were granted a 15-day period to lease other apartments under the protocol followed in providing humanitarian aid for the effected in disasters. During this time period – NDMA said that the families were provided financing for temporary housing and meals.

In addition to this, they said that the families were provided two months’ advance and one month rent to lease other apartments.

NDMA also stated that nine migrants who were residing at Nirufehi were being provided assistance to revert back to their normal lives in collaboration with Maldivian Red Crescent – including the provision of psycho-social support.

Cleaning of the impacted houses, alongside Nirufehi has been completed.

The fire killed 10 migrant workers; eight Indians – five males and three females, and two Bangladeshis – a male and a female. The fire also critically injured one - a Bangladeshi male.

It marks as the fire incident with the highest number of fatalities in the Maldives.

MVR 1.3m for those impacted by wave surges in June