US vows full military defense of allies against North Korea 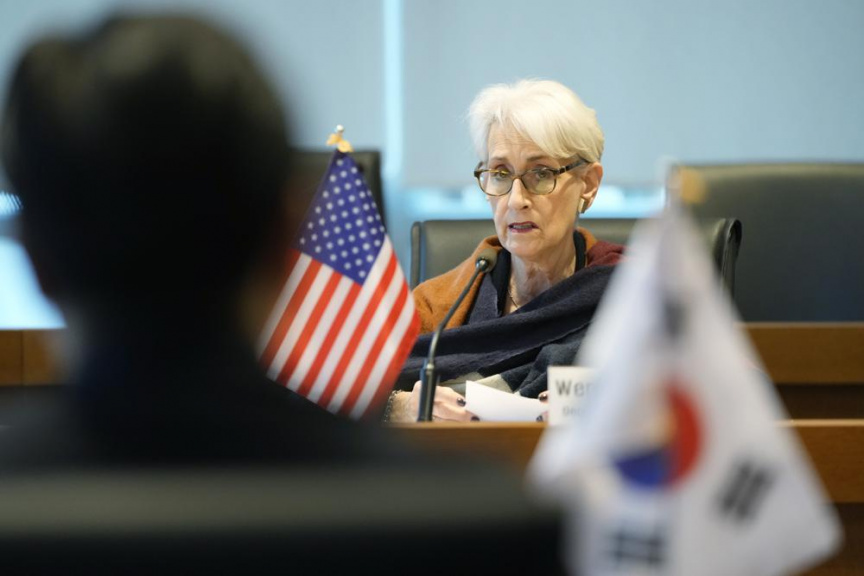 TOKYO (AP) — The United States will make full use of its military capabilities, “including nuclear, conventional and missile defense,” to defend its allies Japan and South Korea, U.S. Deputy Secretary of State Wendy Sherman said Tuesday as she warned North Korea against escalating its provocations.

Sherman said North Korea’s repeated firings of ballistic missiles and artillery in recent weeks were provocative military actions. North Korea has described them as practice runs for the use of tactical nuclear weapons.

“This is deeply irresponsible, dangerous, and destabilizing,” Sherman said in talks in Tokyo with South Korean First Vice Foreign Minister Cho Hyundong. The two officials met ahead of a three-way meeting with their Japanese counterpart on Wednesday.

It would be the second in-person meeting of the three officials since conservative South Korean President Yoon Suk Yeol took office in May, signaling an improvement in difficult ties between Japan and South Korea. A year ago, Japanese and South Korean vice ministers declined to participate in a joint news conference after three-way talks in Washington, leaving Sherman to make a solo media appearance.

Sherman said North Korea needs to understand that the U.S. commitment to the security of South Korea and Japan is “ironclad.”

Cho, during his talks with Sherman, raised concern that a new North Korean nuclear weapons policy adopted in September increases the possibility of its arbitrary use of nuclear weapons.

“This is creating serious tension on the Korean Peninsula,” Cho said.

Sherman met earlier Tuesday with Japanese Vice Foreign Minister Takeo Mori and reaffirmed the further strengthening of the Japan-U.S. alliance and other shared goals, including the complete denuclearization of North Korea and their joint response to China’s increasingly assertive actions in the region.

Japanese officials have also warned of a possible nuclear test by North Korea in the near future.

The Japanese and South Korean officials met together later Tuesday and discussed ways to improve their countries’ ties, which were badly strained over disagreements stemming from Japanese wartime actions, including abuse of Korean forced laborers and coercing girls and young women to work in brothels for Japanese soldiers.

US says it won’t accept nuclear deadline of North Korea