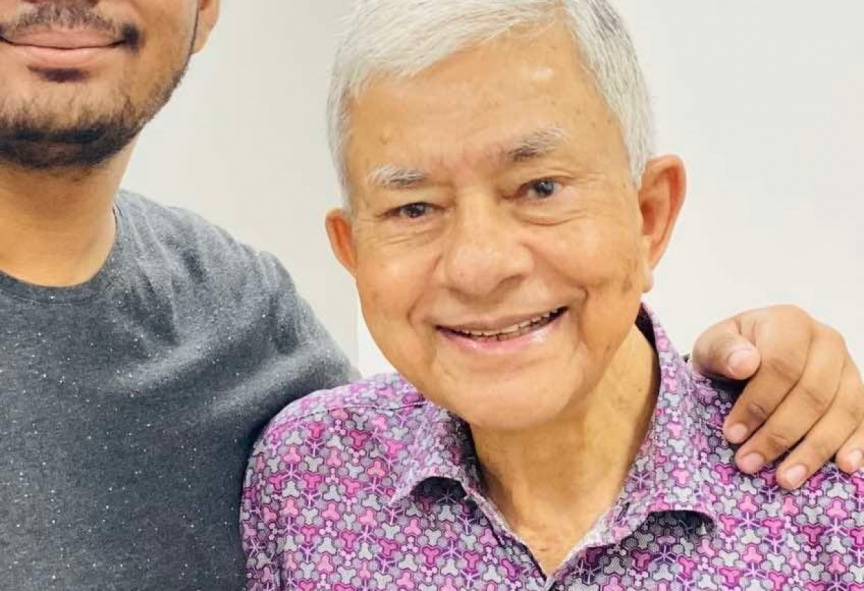 Late Haivakaru Ahmedfulhu who served the government and armed forces over a long period of time. He passed away at 89. (Photo/Leela Ahmed)

President Ibrahim Mohamed Solih, on Friday, conveyed his condolences to the family of late Haivakaru Ahmedfulhu who served the government and armed forces over a long period of time.

Late Ahmedfulhu passed away early Friday morning – whilst undergoing treatment at Indira Gandhi Memorial Hospital (IGMH). At the time of his passing, he was 89-years-old.

In his condolence message, President Solih expressed his sympathies to the bereaved family and recalled the late Ahmedfulhu's exemplary service to the nation in a career spanning over 53 years.

Late Ahmedfulhu also worked as the Assistant Under Secretary and Manager and Assistant Manager of the Rentals Division Ministry of Atolls Administration. He also held posts of the Director and Assistant Director General at the Ministry of Information, Arts and Culture.

President Solih arrives at Mumbai in trip to India