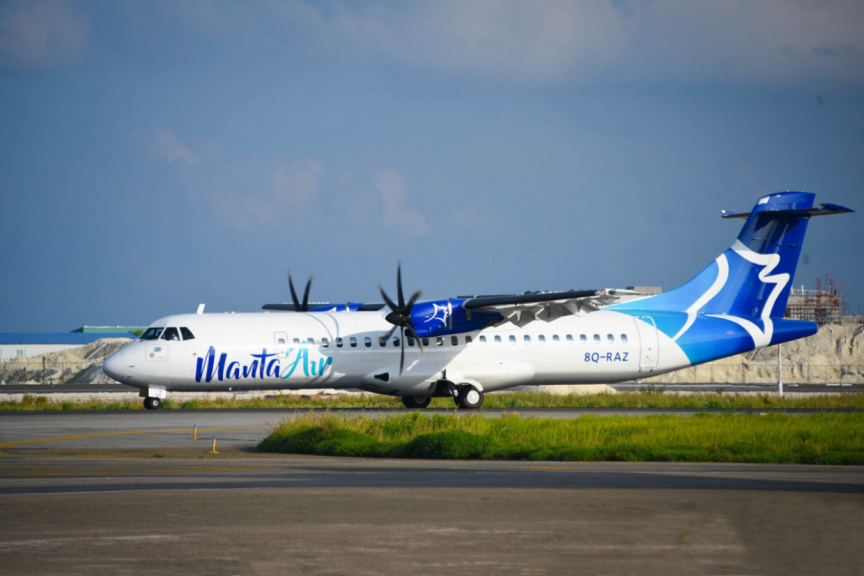 Manta Air has agreed to provide major easements to regulations on transportation of sick patients from Dh. Kudahuvadhoo.

Protests at Kudahuvadhoo was sparked by the delays in transporting a youth to Male’ City for further medical treatment after suffering a heart attack. Residents of the island have been protesting over the matter since Monday night.

Senior officials from Manta met with Kudahuvadhoo Council and residents of the island on Wednesday night.

A resident from Kudahuvadhoo told Sun that many decisions were taking during this meeting which spanned for three hours.

The most important decision taken in the meeting as per the resident was to transport sick patients on seaplane during emergency situations if it is before 6:00pm in the evening. If it is later than 6:00pm, Manta has agreed to collaborate with Maldivian for transportation of the sick patient.

The resident also underscored that Manta’s CEO Mohamed Khaleel had cleared many misunderstandings during the meeting.

“Many questions were answered during this meeting. Khaleel said that in circumstances calling for emergency transfer of sick patients, it can be done through contacting the airline via council,” the resident said.

Although Khaleel has previously stated that the clashes at Kudahuvadhoo gave the wrong message – a resident who participated in the meeting said that when the islanders explained how events unfolded on Monday, he had apologized to them.

The resident also noted that Khaleel had assured that aircrafts acquired by the airline in the future can accommodate stretchers.

Police have made six arrests over the protests at Kudahuvadhoo. Some of the arrestees are suspected of clashing with police officers.