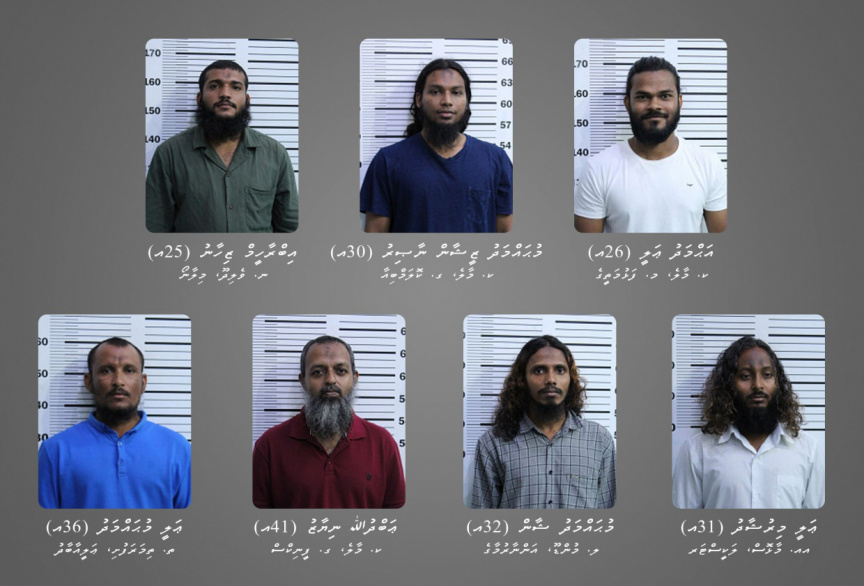 List of those arrested publicized by Police. So far, a total of 19 have been arrested in connection to the violence that took place at the event held to mark World Yoga Day. (Photo / Police)

Maldives Police Service on Saturday confirmed seven additional arrests in connection to the mob attack on the event held at National Stadium on June 21, in celebration of World Yoga Day.

As per the authority, the court has ordered to keep all seven in detention when summoned to make a decision regarding their remand.

So far, a total of 19 people have been arrested in connection to the case.

The yoga day event, organized by the Indian Cultural Center and the Sports Ministry, had begun at 06:30 am on Tuesday, and was attended by dozens of participants, including foreign ambassadors and diplomats.

A mob of angry protestors stormed the stadium, threatened and assaulted some of the participants, and destroyed property. They were carrying flags containing verses from the Shahada.

In a TV interview following the incident, Sports Minister Ahmed Mahloof said Maldives began celebrating the International Day of Yoga during the administration of former president Abdulla Yameen Abdul Gayoom – the leader of PPM. He alleged the disruption of the event was politically motivated and accused both PPM and Jamiyyath Salaf of involvement in the incident.