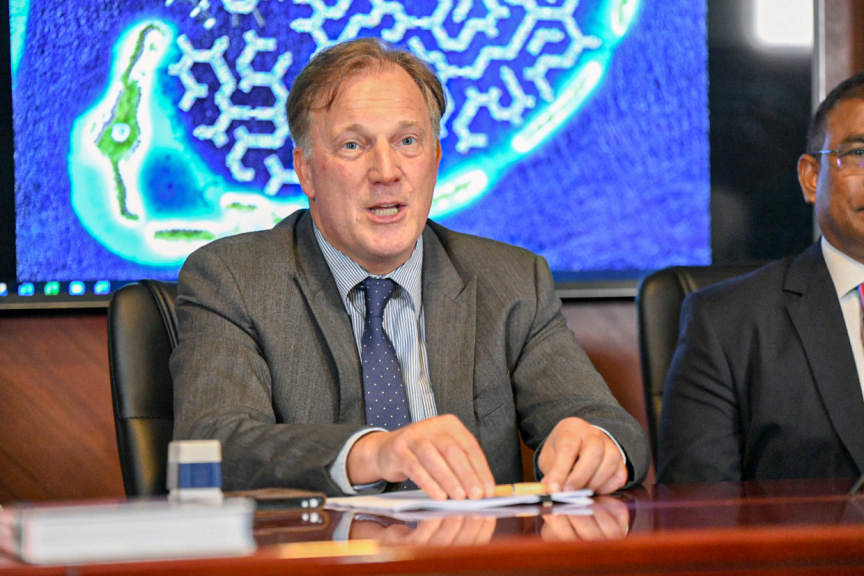 Dutch Docklands’ CEO Paul Van de Camp states that the first homes in the Maldives Floating City were complete, and the company was working on opening the homes in August.

Dutch Docklands signed an agreement to change the project to an integrated tourism model on Thursday evening.

“We have always delivered. We are very timely in delivery. And we have also done a lot of work for the Dutch government. And we are very happy that we can now show our expertise in Maldives together with the Ministry of Tourism,” he said.

Responding to recent criticism regarding the project, Van de Camp said the Dutch Docklands was a company that delivered, and was in Maldives for no other reason but to build the homes.

He said that the first homes were ready, and would open in mid-August, after the school holidays.

“We will make sure that in mid-August, everything is there, and that all the local people, and of course the media, can go and see and judge by themselves,” he said.

Bison Maldives was contracted to build the first homes under the project back in February. The company said back then that the homes would be ready by the end Ramadan.

Dutch Docklands originally said the Maldives Floating City would be developed as a new floating development of 5,000 homes built in the number 7 lagoon, located to the west of Aarah, a ten-minute speedboat ride away from Male’ City. Two islands were to be reclaimed near the lagoon under the project.

However, with the new agreement on Thursday, the resort would be built in one of the islands reclaimed around the lagoon.

Van de Camp said the project was an investment of approximately USD 1 billion.

The new agreement comes a day after Economic Minister Fayyaz Ismail and Parliament Speaker, former President Mohamed Nasheed – both leaders of the ruling MDP – exchanged words over the project.

Nasheed wrote on a MDP national council Whatsapp group on Wednesday that the project was deliberately derailed because his name was associated with the project.

“I plan on telling Dutch Docklands how this is going, and to advise them it cannot be done in Maldives, wrote Nasheed.

He alleged that the Economic Council had voted against the project.

Fayyaz responded by calling the project “a huge scam”. He said that Dutch Docklands had sold three out of five lagoons issued to the company for the project.

“Even now, they are working on reclaiming six more lagoons and selling it,” he wrote.

Fayyaz said the lagoons were issued to Dutch Docklands for free.

He also said the law did not allow for social housing to be built as part of such a project.

“Running a social housing project in the lagoon of a resort is a huge blunder. And anyhow, it cannot be done without legislative amendments,” he wrote.

The initial agreement to utilize floating islands technology to build resorts in Maldives was signed back in 2010 during Nasheed’s administration. Back then, Dutch Docklands was issued lagoons number 9, 19, 17, and 37 for the project.

News of the project resurfaced in international media in 2015, before eventually dying down.

The future of the project remained uncertain until the current administration signed a second agreement with Dutch Docklands in 2019 - to build a floating city near the Maldivian capital.

The project was officially launched in March 2021.