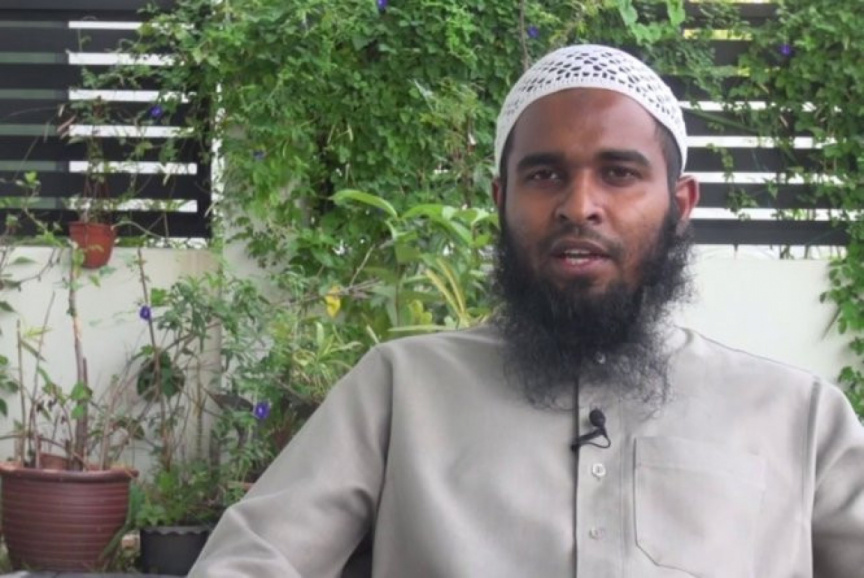 Maldives Police Service on Wednesday made four additional arrests in connection to the mob attack on the Yoga Day event at the national football stadium, including Al-Sheikh Adam Nishan bin Ali Adam.

The event, organized by the Indian Cultural Center and the Sports Ministry, had begun at 06:30 am on Tuesday, and was attended by dozens of participants, including foreign ambassadors and diplomats.

A police spokesperson told Sun that three suspects were arrested in connection to the case on Wednesday evening. They are; Nishan, Al-Sheikh Fazloon bin Mohamed and former Hoarafushi MP Mohamed Ismail – a top official at the Progressive Party of Maldives (PPM).

Six suspects were arrested in connection to the case on Tuesday. They are:

They were presented before the Criminal Court for their remand hearing on Wednesday morning.

In a TV interview following the incident, Sports Minister Ahmed Mahloof said Maldives began celebrating the International Day of Yoga during the administration of former president Abdulla Yameen Abdul Gayoom – the leader of PPM. He alleged the disruption of the event was politically motivated, and accused both PPM and Jamiyyath Salaf of involvement in the incident.

Police: Some items used by rioters came from PPM office