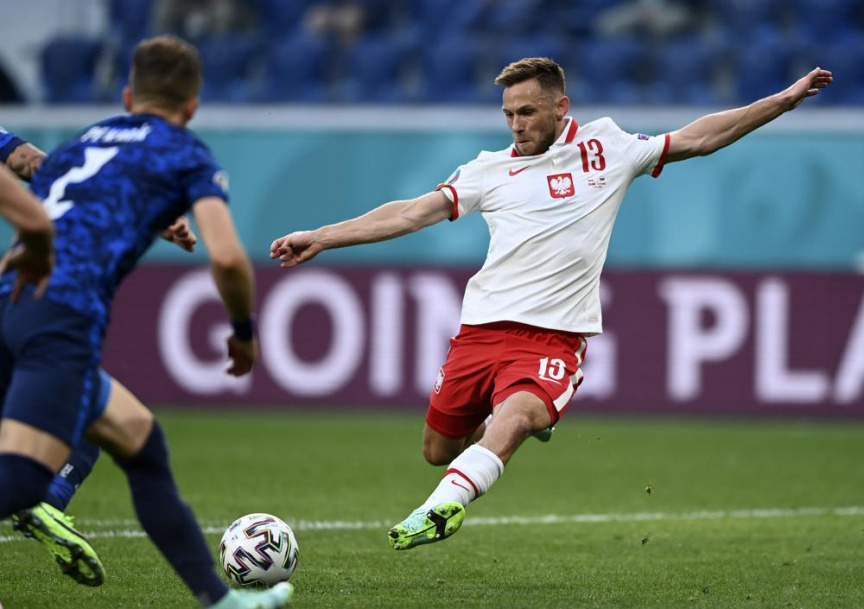 WARSAW, Poland (AP) — Poland won’t consider defender Maciej Rybus in its plans for the World Cup in Qatar after he signed a new contract with a Russian club.

The Polish soccer federation said on Monday coach Czesław Michniewicz told Rybus that he would be left out of the squad for Nations League games in September and out of Poland’s plans for the World Cup because of his “current club situation.”

The full back was with Lokomotiv Moscow last season and stayed with the team after the Russian invasion of Ukraine. He signed a new two-year contract with Spartak Moscow on June 11.

Rybus has played 66 times for Poland, most recently in November, and was in the squad for the last World Cup in 2018 and last year’s European Championship.

He has spent almost all of the last decade at various Russian clubs, except for a brief spell in France with Lyon, and is married to a Russian woman.

There was no word from the federation on two other national players who have contracts with Russian clubs. Midfielder Grzegorz Krychowiak of FC Krasnodar and Sebastian Szymanski are still covered by existing contracts signed before the invasion, and Krychowiak moved on loan to Greek club AEK Athens following the invasion.

After Russia launched its invasion of Ukraine in February, Poland said it would refuse to play a scheduled World Cup qualifying playoff against Russia in Moscow. FIFA awarded Poland a bye into the next round, where it beat Sweden 2-0 to qualify.

Poland gears to accept Ukrain refugees in case of war

'It was ‘Madrid or nothing’ after leaving Chelsea'