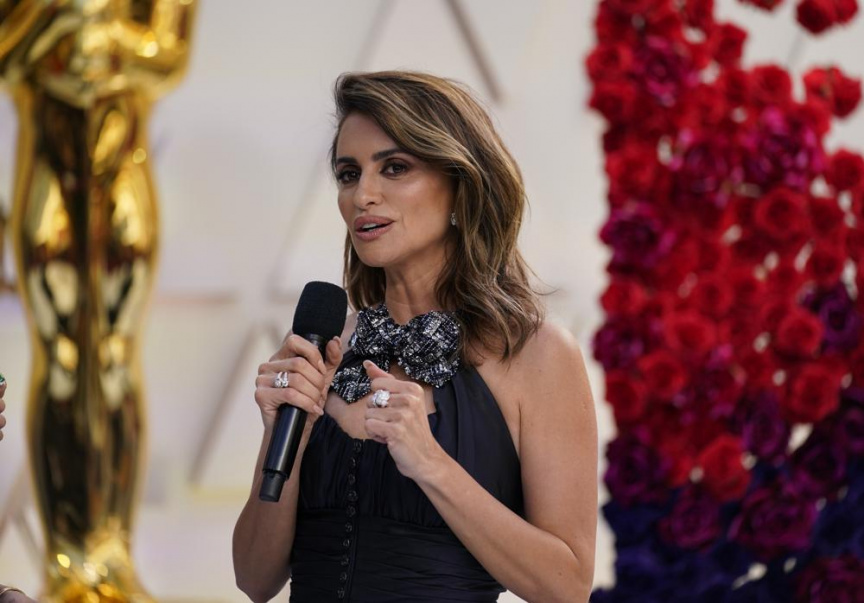 FILE - Penelope Cruz arrives at the Oscars March 27, 2022, at the Dolby Theatre in Los Angeles. Oscar-winning actress Penélope Cruz won one of Spain’s top film awards for her outsized contribution to Spanish cinema, the country’s ministry of culture said Monday, June 6, 2022. The jury of the 2022 National Cinema award were unanimous in their decision to honor the Madrid-born star. (AP Photo/John Locher, File)

MADRID (AP) — Penélope Cruz has won one of Spain’s top film awards for her contribution to Spanish cinema, the country’s ministry of culture said Monday.

The jury of the 2022 National Cinema award was unanimous in its decision to honour the Madrid-born star, describing the 48-year-old Oscar winner in a statement as an “iconic actress whose brilliant legacy enriches Spain’s cultural heritage.”

“Committed to her craft, she seeks excellence in her work, allowing her to create some of the most unforgettable characters in the history of our cinema,” the jury added.

The recognition is the latest addition to Cruz’s long list of accolades, from an Academy Award for best-supporting actress in “Vicky Cristina Barcelona,” to top awards at the Cannes and Venice Film Festival for her performances in “Volver” and “Parallel Mothers.”

“She is the embodiment of cinema, both Spanish and international,” Sánchez tweeted, citing her “immense talent and exceptional performances.”

Past winners of the award include actor Antonio Banderas and director Isabel Coixet.