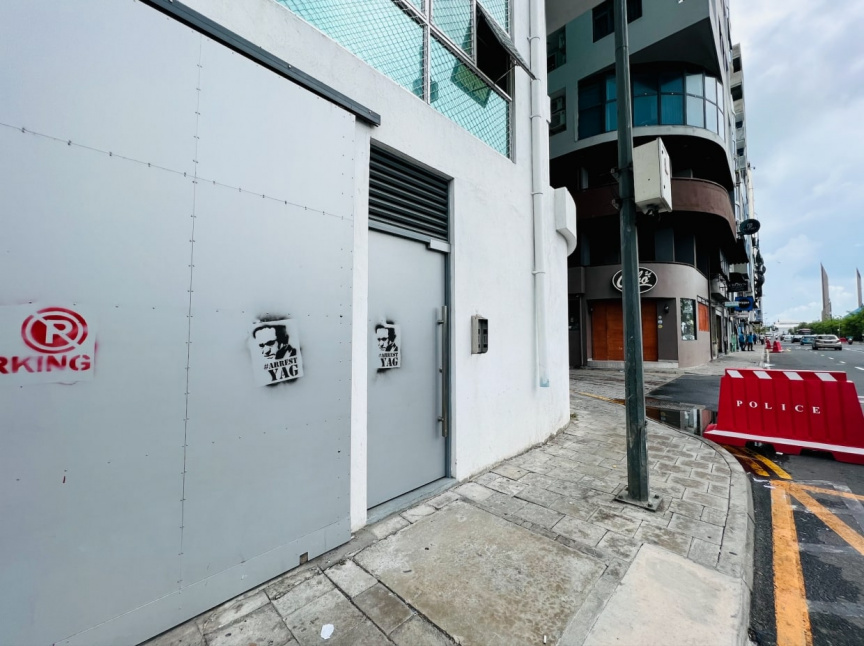 Police have arrested a suspect for vandalizing the private residence of former president Abdulla Yameen Abdul Gayoom, and the headquarters of his party, Progressive Party of Maldives (PPM) with graffiti last week.

The doors and garage gates of Yameen’s residence and the walls of PPM headquarters, located a block away, were vandalized with graffiti calling for his arrest on May 12. Flyers branding the opposition leader a thief were thrown on the streets in the neighborhood.

Police said they arrested a 20-year-old male in connection to the case on Monday morning.

The suspect was remanded in custody of the police for five days when presented before the court for his remand hearing, said a police spokesperson.

The incident comes as Yameen’s supporters use similar tactics in the ‘India Out’ movement, a political campaign led by the opposition to protest against Indian military presence in Maldives.

President Ibrahim Mohamed Solih issued a decree banning the ‘India Out’ movement on April 21, deeming it a threat to national security.

Yameen: No difference between Israel and India today

'Will prioritize who got award letters but not flats'

'No indication of bribe in texts between Yameen-Naeem'