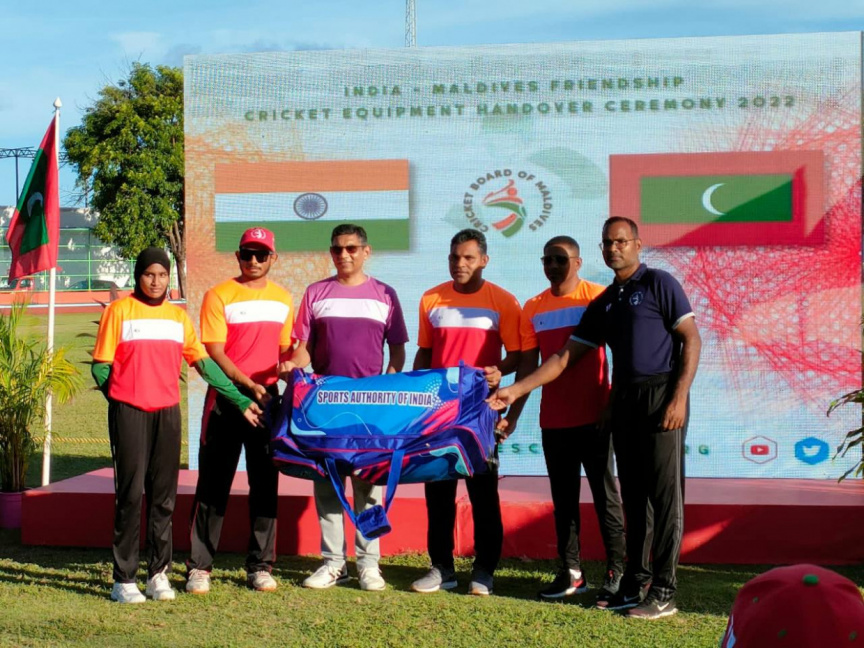 India has donated equipment and kits worth approximately MVR 1 million to the Maldives Cricket Board.

The equipment was handed over by the Indian High Commissioner Munu Mahawar to Maldivian Sports Minister Ahmed Mahloof in a ceremony on Saturday evening.

The handover of equipment was witnessed by Maldivian Vice President Faisal Naseem.

Meanwhile, Mahawar, in his speech, described the donation as a symbol of the longstanding friendship between Maldives and India.

A video message by Indian Sports Minister Anurag Thakur was also played during the ceremony. Thakur, in his speech, expressed hope the donation will support Maldives establish a sports culture, and promote a healthy lifestyle.

India, a world leader in cricket, has increased its assistance towards the development of cricket in Maldives in recent years. The two countries have engaged in discussions regarding allowing Maldivian national teams to train at the Center for Sports Sciences in Chennai.

Inclusive support units to be developed at 3 schools

Vilufushi Council to sponsor a resident for hajj yearly