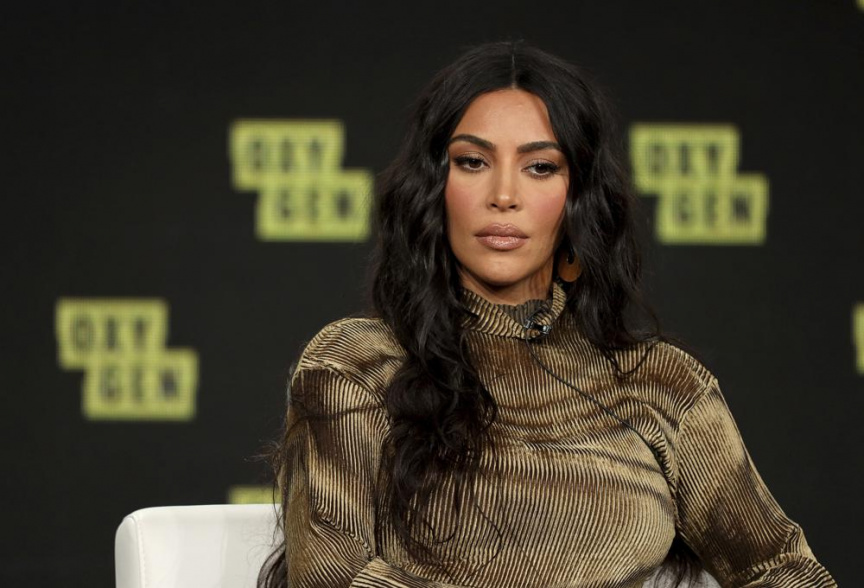 FILE - Kim Kardashian West speaks at the "Kim Kardashian West: The Justice Project" panel during the Oxygen TCA 2020 Winter Press Tour at the Langham Huntington, Saturday, Jan. 18, 2020, in Pasadena, Calif. Kardashian is asking a court to ignore Ye’s attempts to slow down their divorce and end their marriage as soon as possible. She filed documents in Los Angeles Superior Court late Thursday, Feb. 22, 2022, saying Ye, who legally changed his name from Kanye West, is causing emotional distress with his social media posts and will not accept that the marriage is over. (Photo by Willy Sanjuan/Invision/AP, File)

LOS ANGELES (AP) — Kim Kardashian has asked a court to ignore Ye’s attempts to slow down their divorce and end their marriage as soon as possible.

She filed documents in Los Angeles Superior Court late Wednesday saying Ye, who legally changed his name from Kanye West, in his own recent filing, began adding conditions to the divorce that would mean changing the couples’ prenuptial agreement and is seeking protections that are unnecessary and based on falsehoods.

Kardashian said it’s clear that he is simply attempting to delay, and is causing damage by doing so.

“Mr West, by his actions, has made it clear that he does not accept that the parties’ marital relationship is over,” the court filing says. “Mr West has disseminated on social media the parties’ private communications and misinformation about personal family matters and co-parenting, which has caused emotional distress.”

In December, Kardashian, as is common in complicated divorces, asked the court to declare her legally single before the details of child custody and property are worked out.

She said in Wednesday’s filing that Ye had agreed to the move, known in court as bifurcation, in advance. But on Feb. 16 Ye objected in his own filing, and raised a host of new issues.

At first, it appeared there would be a smooth end to one of the most followed celebrity unions in recent decades, between the 41-year-old reality TV superstar Kardashian and the 44-year-old rap and fashion mogul Ye, who were married nearly seven years and have four children.

Kardashian filed the petition for the split a year ago. Two months later, Ye filed his response, which agreed on all the major points, including child custody. Neither discussed the split publicly. A prenuptial agreement prevented property fights.

But in recent months Ye has lashed out on social media against Kardashian, her family, and her boyfriend Pete Davidson. He has aired complaints that he is not being allowed to make major parenting decisions and has been excluded from birthday parties and other events for their children.

In a personal declaration included with her Wednesday filing, she said a judge declaring the two divorced might help with his moving on.

“I very much desire to be divorced. I have asked Kanye to keep our divorce private, but he has not done so,” Kardashian said. “I believe that the court terminating our marital status will help Kanye to accept that our marital relationship is over and to move forward on a better path which will assist us in peacefully co-parenting our children.”