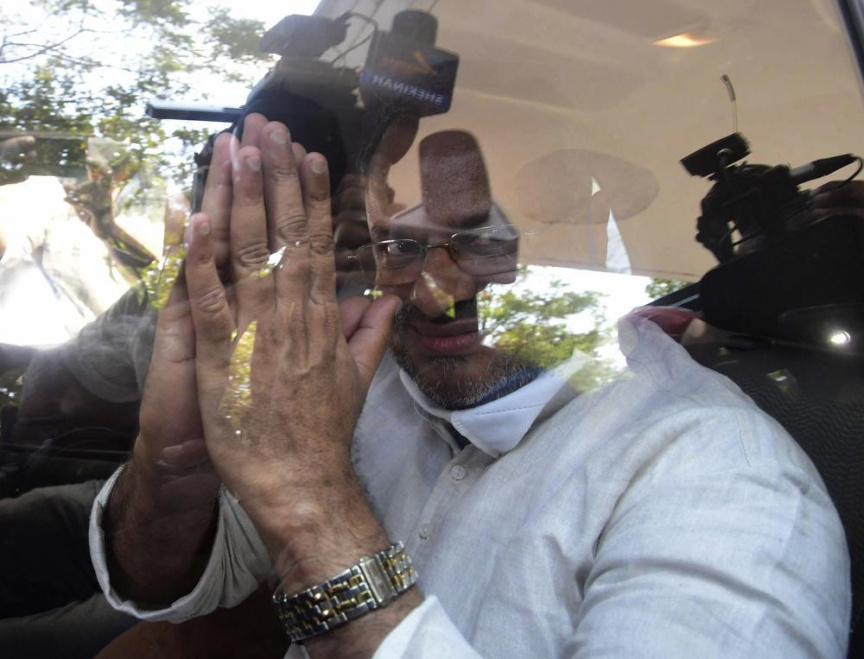 NEW DELHI (AP) — An Indian court on Friday acquitted a Roman Catholic bishop of charges of raping a nun in her rural convent, a case that became a major issue amid allegations of sexual harassment in the church.

Sessions Judge G. Gopakumar in a brief order said the bishop was not guilty of charges that he repeatedly raped the nun between 2014 and 2016.

Bishop Franco Mulakkal was present in the court in Kottayam, a southern Indian city. Supporters cheered and chanted “Praise the Lord” as he left the court.

The detailed judgment is likely to become available later Friday.

The prosecution, representing the nun, will appeal the verdict, said lawyer Sandhya Raju.

Virginia Saldanha, former executive secretary of the Commission for Women of the Catholic Bishops Conference of India, said she was shocked by the verdict. “My first thought was that misogyny in the church has won. The verdict reinforces the idea that a powerful man can’t be brought to justice,” she said.

Police charged Mulakkal with rape, illegal confinement and intimidation of the nun. She said she went to police only after complaining repeatedly to church authorities. Eventually, a group of fellow nuns launched unprecedented public protests to demand Mulakkal’s arrest in 2018. He was detained but released on bail after a few weeks.

Mulakkal was the official patron of the nun’s community, the Missionaries of Jesus, and wielded immense influence over its budgets and job assignments.

Mulakkal denied the accusations, calling them “baseless and concocted,” and saying the accusing nun tried to pressure him to get a better job.

The nun in her complaint accused Mulakkal, who at the time was bishop of the Jalandhar Diocese in the northern state of Punjab, of raping her multiple times during his visits to her convent in Kuravilangad in Kerala state.

Sister Anupama, who led the campaign in support of the nun, said she would continue the fight for her colleague.

“We did not get the expected justice from the judiciary,” the Press Trust of India news agency quoted her as saying.

B. Raman Pillai, the bishop’s attorney, told reporters that “the prosecution case was very weak and investigation very poor.”

In February 2019, Pope Francis for the first time publicly acknowledged the sexual abuse of nuns by priests and bishops and vowed to confront the problem.

Lightning kills nearly 50 this week in India’s UP