US hones warnings, offers to Russia over Ukraine 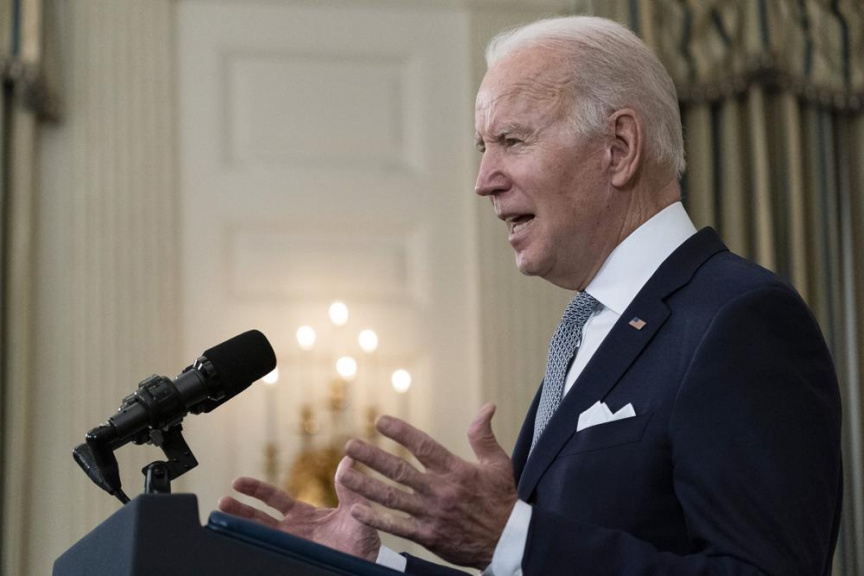 WASHINGTON (AP) — The Biden administration on Saturday issued new, forceful warnings to Russia on penalties it may face if it goes ahead with threats to invade Ukraine.

U.S. officials raised the possibility of incremental shifts in decisions about America’s future strategic posture in Europe. But they also said Russia would be hit with debilitating sanctions should it intervene in Ukraine.

The officials said the administration would be open to discussions with Russia on curtailing possible future deployments of offensive missiles in Ukraine and putting limits on U.S. and NATO military exercises in Eastern Europe.

Yet, they said Russia will be hit hard with economic sanctions should it intervene in Ukraine. In addition to direct sanctions on Russian entities, those penalties could include significant restrictions on products exported from the U.S. to Russia and potentially foreign-made products subject to U.S. jurisdiction.

The comments came as senior U.S. and Russian officials prepare to meet in Switzerland on Monday amid heightened tensions over Ukraine.

The officials said the U.S. is willing to discuss certain, limited aspects of its European security posture in those talks. But they stressed that any agreements would be contingent on Russia removing threats to Ukraine and that no decisions would be made without the consent of Ukraine or NATO.

And, they said there is no chance the U.S. will reduce its military presence or arsenal in Eastern Europe as Russia has demanded.

While those comments, made to reporters on condition of anonymity in a White House-organized telephone conference call, were the first to suggest a willingness to compromise on issues tangential to Ukraine, they were accompanied by threats for Russian inaction on the U.S. demands to step back.

In the event of a Russian invasion of Ukraine, “we – in coordination with our allies and partners – would immediately impose severe and overwhelming costs on Russia’s economy, including its financial system and sectors deemed critical to the Kremlin,” another official said.

In addition to sanctions on energy and consumer goods, the U.S. and its allies are considering bans on the export to Russia of advanced electronic components, software and related technology that uses American equipment. Russia could be added to the most restrictive group of countries for export control purposes, together with Cuba, Iran, North Korea and Syria, officials said.

That would mean that Russia’s ability to obtain integrated circuits, and products containing integrated circuits, would be severely restricted, because of the global dominance of U.S. software, technology and equipment in this sector. The impact could extend to aircraft avionics, machine tools, smartphones, game consoles, tablets and televisions.

Such sanctions could also target critical Russian industry, including its defense and civil aviation sectors, which would hit Russia’s high-tech ambitions, whether in artificial intelligence or quantum computing.

U.S. officials have been careful not to issue ultimatums to Russia, while at the same time demanding that threats to Ukraine cease. But they have also flatly rejected Russian demands that NATO will not further expand eastward and that the U.S. will remove troops and weapons from Eastern Europe.

Despite that stance, the U.S. and NATO have signaled a willingness to explore compromises on related issues.

“We think we can at least explore the possibility of making progress with the Russians,” one official said Saturday, ahead of Monday’s Strategic and Security Dialogue between the U.S. and Russia in Geneva. He added, though, that “there will be no firm commitments made in these talks.”

Monday’s meeting will be followed by discussions between Russia and NATO members on Wednesday and with a broader European audience on Thursday.