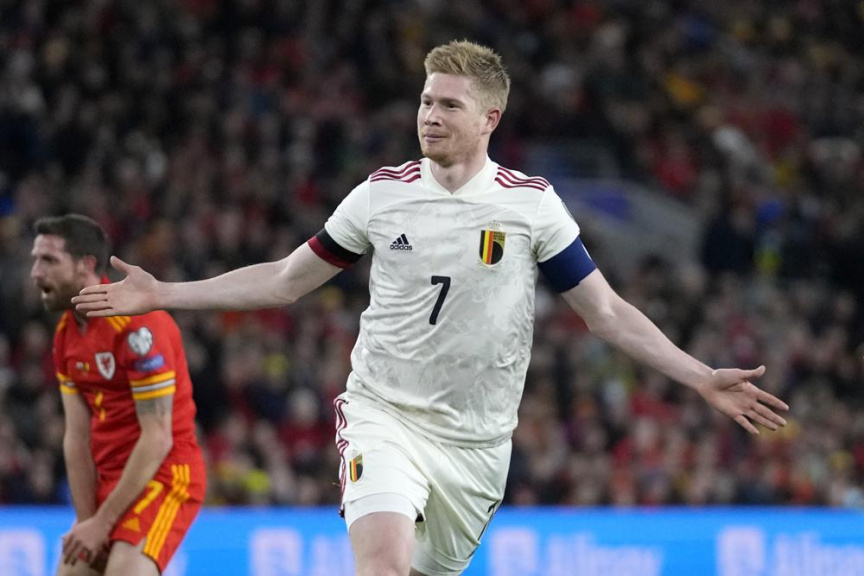 Guardiola said De Bruyne found out on Wednesday that he had tested positive. He is back in England and is vaccinated.

The midfielder will miss the Premier League game against Everton on Sunday as well as the Champions League group game against Paris Saint-Germain on Wednesday.

“Hopefully the symptoms will be minor and what’s important is he comes back,” Guardiola said. “When he comes back and is negative, he will start again to train with us as soon as possible.”

De Bruyne played for Belgium at home against Estonia on Saturday and at Wales on Tuesday.