Barcelona’s Aguero out at least 3 months after heart tests 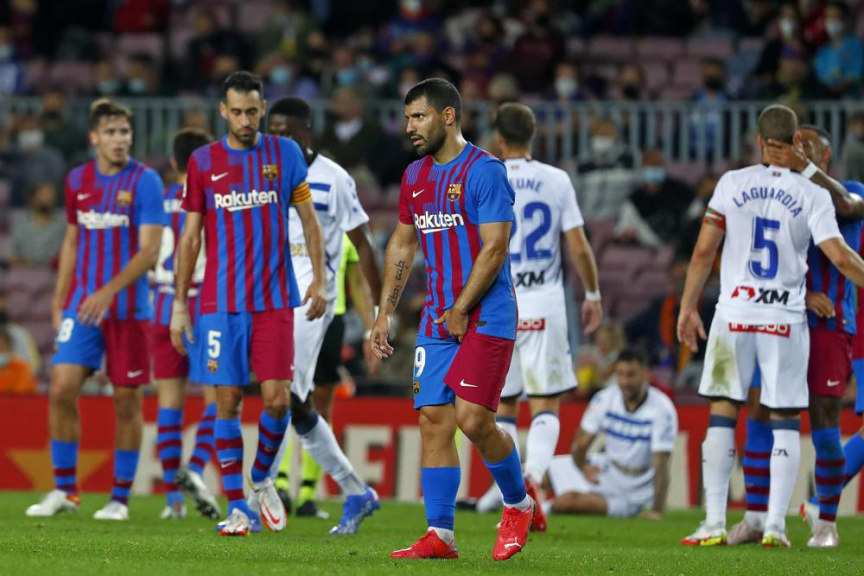 Aguero was “subjected to a diagnostic and therapeutic process” that won’t allow him to play for a while, the club said on Monday.

“The effectiveness of treatment will be evaluated in order to determine his recovery process.”

Barcelona did not give any more detail on the therapeutic process undergone by the 33-year-old Argentine. He had to be hospitalized for tests on his heart after feeling unwell on Saturday in the first half of the team’s 1-1 home draw against Alavés in the Spanish league.

Aguero, who just joined the Catalan club from Manchester City, had already missed several matches at the beginning of the season because of a previous injury. He has five appearances for the club so far, but started in only the previous two games.

Aguero’s only goal this season came in the 2-1 loss in the clásico against Real Madrid at the Camp Nou last month.

Barcelona has struggled in its first season without Lionel Messi in almost two decades. It is winless in three straight matches in all competitions. It’s next game is on Tuesday at Dynamo Kyiv in the group stage of the Champions League.

Veteran defender Gerard Piqué also won’t be available because of a calf injury.

Antonio Conte back in EPL as Tottenham manager