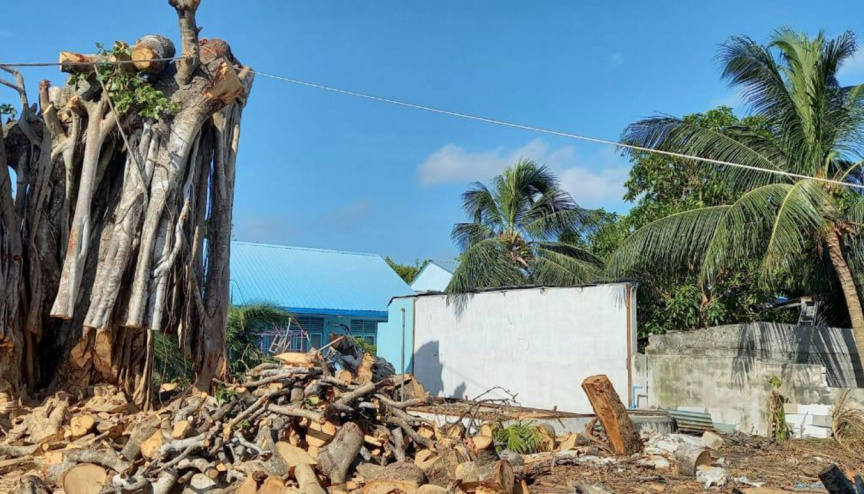 A famous banyan tree in V. Keyodhoo, which had stood tall for over 300 years, has been cut down.

Keyodhoo Council’s president Ahmed Siraj told Sun the tree was cut down last Friday to build more classrooms to solve the shortage of space at the local school.

Siraj said there isn’t anyone in Keyodhoo who doesn’t remember the large tree, which provides shade to a large part of the school.

Keyodhoo councilor Ahmed Aslam noted that the tree had been protected for years.

“The tree had been protected since we were children. It was one of the three oldest trees in this island,” he said.

Environmental Protection Agency (EPA)’s director-general Ibrahim Naeem told Sun that the agency had issued approval for the tree to be cut down in order to build classrooms.

Naeem said that EPA approves for such trees to be cut down only as a last resort. He said that banyan trees are easy to grow, and parts of the tree can be replanted.

The picturesque island of Keyodhoo is home to a number of old banyan trees.