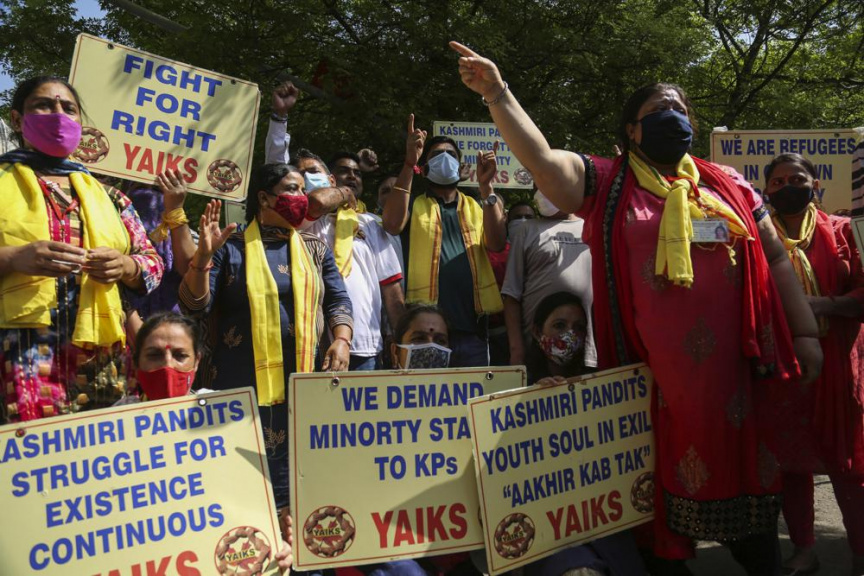 In the first incident Tuesday, police said militants fired at a prominent pharmacist, Makhan Lal Bindroo, at his drug store in the region’s main city of Srinagar.

Bindroo, a Kashmiri Hindu, was taken to a hospital where he died, police said.

Within an hour, a street food vendor from India’s eastern state of Bihar was shot point blank in another neighborhood in Srinagar, killing him on the spot, police said.

In the third incident on Tuesday night, gunmen fatally shot a taxi driver in the northern Hajin area.

“Investigation is in progress and officers continue to work to establish the full circumstances of these terror crimes,” police said in a statement.

The Himalayan territory of Kashmir is divided between India and Pakistan. Both archrivals claim it in its entirety.

Rebels in the Indian-controlled portion of Kashmir have been fighting New Delhi’s rule over the region since 1989.

Most Muslim Kashmiris support the rebel goal of uniting the territory, either under Pakistani rule or as an independent country.

India insists the Kashmir militancy is Pakistan-sponsored terrorism. Pakistan denies the charge, and most Kashmiris consider it a legitimate freedom struggle.

Tens of thousands of civilians, rebels and government forces have been killed in the conflict.