President: A digital identity system to be established within the next two years 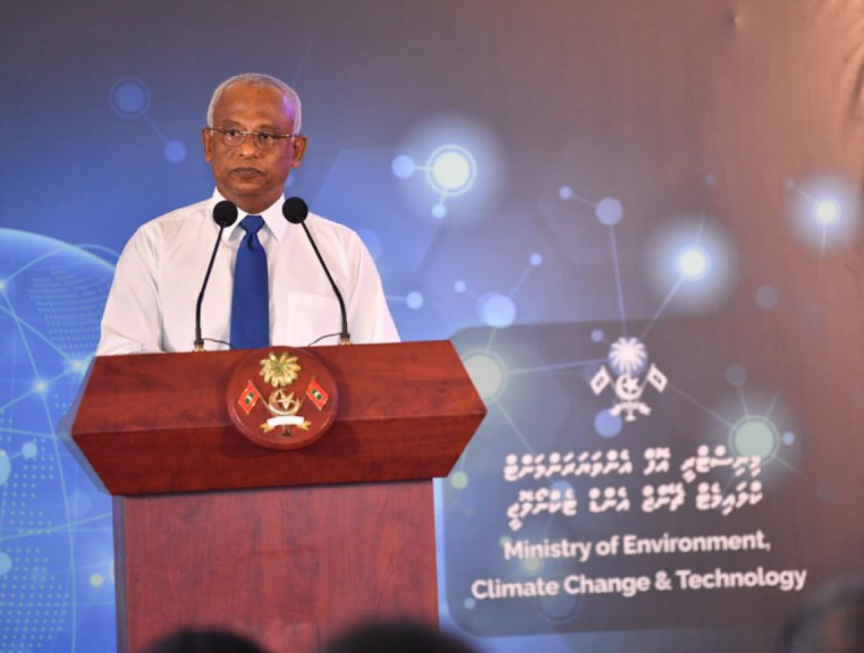 President Ibrahim Mohamed Solih has revealed that efforts were underway to establish a digital identity system within the next two years.

Speaking at the special ceremony held today by the Ministry of Environment, Climate Change and Technology for the inauguration of ‘gov.mv message’ – President Solih stated that the introduction of digital identity will see a lot of easements.

Noting that the whole world is becoming digitalized – President Solih said that all essential services we require have been brought to our fingertips in the form of a digital card.

Hence, the President stressed the importance of the establishment of a digital identity for every person - citing that essential matters such as financial transactions, traveling, education, as well as medical services, have been digitalized.

“The introduction of digital identity will provide easements in acquiring a multitude of services. However, there are certain legal obstacles that may be faced onset. In order to tackle such issues which may arise in the future – the government has already submitted a bill to the People’s Majilis regarding the formulation of an Electronic Act,” he had said.

Speaking further, President Solih noted that the highest priority whilst digitalization is to ensure the security of individuals’ personal information - stressing that it is the government’s duty to protect its people from cyber crimes

In this regard, the President added that the government was working on formulating a protection and privacy bill.

'Govt. will not obstruct freedom of expression'

'Police have regained public’s trust in this govt.'

'Will not hire expats if there are qualified locals'