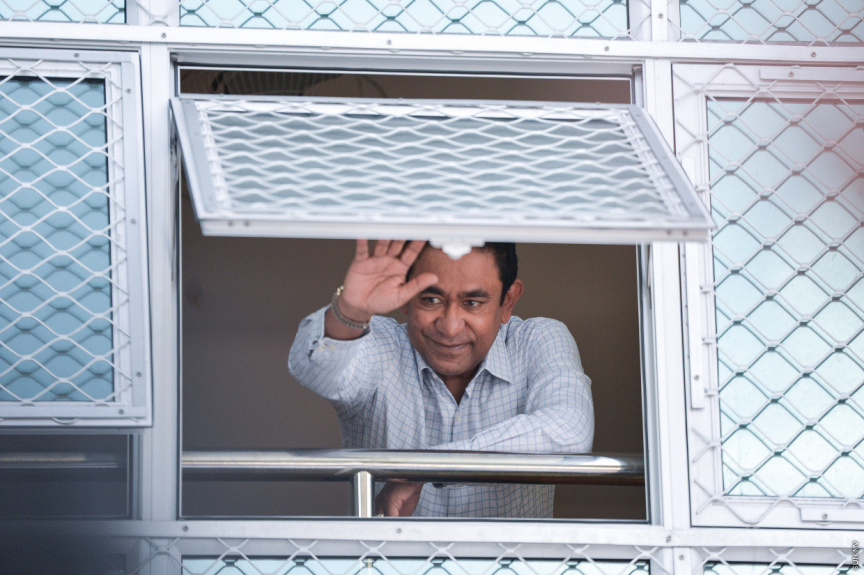 Former Maldivian President Abdulla Yameen Abdul Gayoom’s lawyers have requested the Supreme Court for a stay of execution of his five-year sentence for money laundering, and for the opposition leader to be released on bail.

He subsequently appealed the conviction with the Supreme Court, which began appeal proceedings this Sunday morning.

Opening the hearing, Justice Mahaz Ali Zahir said that Yameen’s lawyers have filed two motions with the court; a motion for Yameen to be released on bail and a motion for a stay of execution of the sentence issued against him by the Criminal Court.

The court granted two days to respond to the motions as requested.

While the court agreed to postpone a decision on the motions, it heard points of appeal by Yameen’s lawyers.

Supreme Court to decide on Yameen’s bail on Tuesday