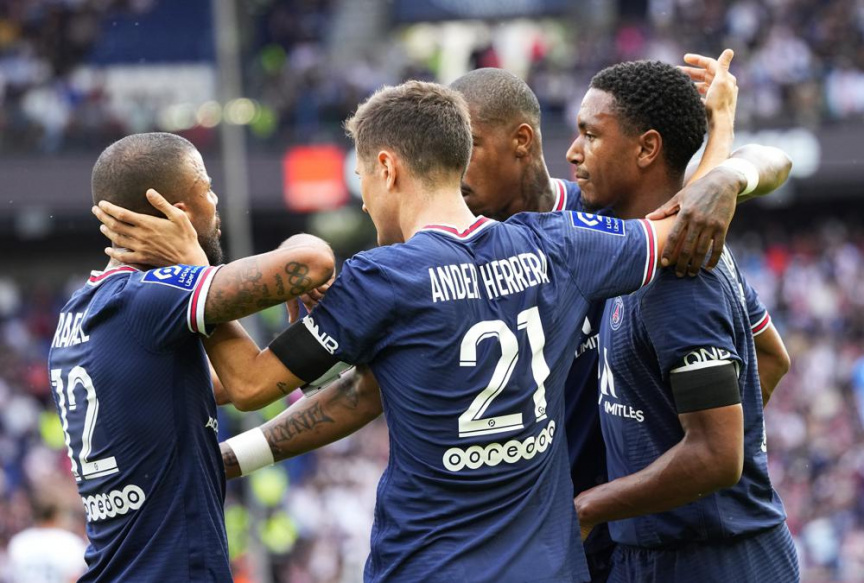 Midfielder Idrissa Gueye came off the bench to add the fourth goal midway through the second half.

Clermont lost for the first time after a bright start to Ligue 1.

Italy’s European Championship star goalkeeper, Gianluigi Donnarumma, made his debut for PSG, whose home fans must wait a while longer to see Lionel Messi at Parc des Princes.

The Argentina star scored a hat trick in World Cup qualifying on Thursday but was rested along with countrymen Angel Di Maria and Leandro Paredes and Brazil star Neymar.

Following international duty, they could return on Wednesday when PSG opens its Champions League campaign away to Bruges. Messi could make his home debut next Sunday against Lyon.

But Mbappe shook off a minor calf injury sustained on international duty with France and he finished confidently from Danilo Pereira’s pass in the 54th minute.

Herrera grabbed a rare brace with first-half goals and Gueye struck in the 64th.

In the late game, striker Bamba Dieng scored both goals as Marseille won at lowly Monaco 2-0 to move up to third place.

Dieng was difficult to contain for Monaco’s defense, hitting the post twice before his first goal in the 36th. He added his second in the 59th.

Marseille has 10 goals so far, with only PSG netting more with 16.

Monaco finished third last season but has won only once and sits in 14th place ahead of Sunday’s games.

“Four points from five games is not what we were expecting, but that’s the way things are,” Monaco coach Niko Kovac said. “They deserved to win and could have finished 4-0 today, well done to them. We need to improve as soon as possible.”

Surprise front-runner Angers looks to maintain its unbeaten run when it travels to play struggling Brest.

Nice is also unbeaten ahead of a trip to Nantes and Lyon needs to find form at home to Strasbourg.

Lyon coach Peter Bosz is still getting to grips with his new role after replacing Rudi Garcia and has won only once. Lyon’s defense needs to improve quickly after leaking seven goals in four matches.