Harry Kane accepts he will be staying at Tottenham for now 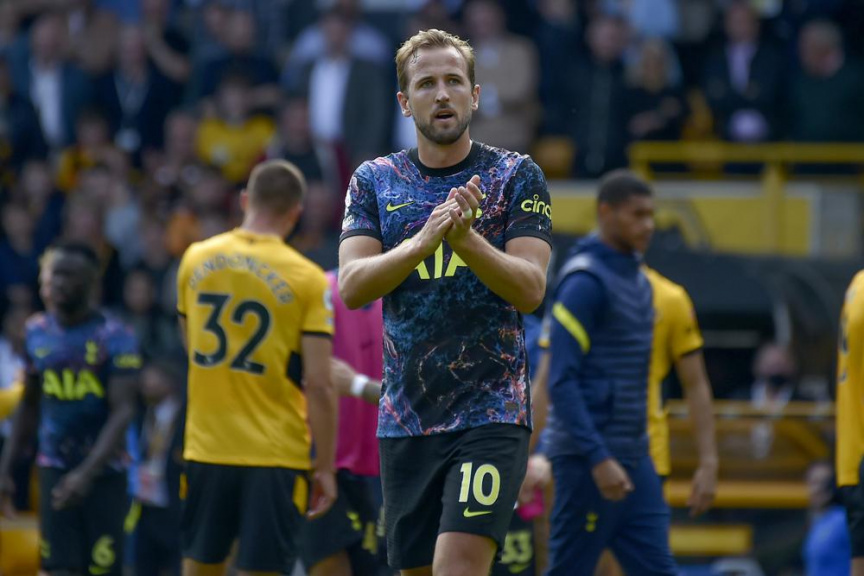 LONDON (AP) — Harry Kane has been pursuing a route out of Tottenham for months.

There was the interview when he floated his transfer value being 100 million pounds ($137 million) and the desire to play for a title-winning club. Then there was the hope the north London club would accept an unofficial agreement that he could leave if a suitable offer came in for him.

But a satisfactory bid never arrived from Manchester City — Kane’s most likely destination — even if Tottenham had been willing to sell the striker who was top scorer and assist-maker in the Premier League last season.

Kane had to publicly accept Wednesday that he won’t be leaving Tottenham, for now at least.

“I will be staying at Tottenham this summer,” he tweeted, “and will be 100% focused on helping the team achieve success.”

That dangled the prospect of not staying for long, seeking a transfer again in 2022. But with the 28-year-old Kane under contract until 2024, the power was always on Tottenham’s side in retaining him, even though the team isn’t in the Champions League after finishing seventh in the Premier League last season.

The England captain, of course, didn’t say in his tweet why he was posting about staying with Tottenham, which no other contracted player at the club has done. The need to publicly announce he is staying — for now at least — reinforced the fact he had sought a move, which he first floated in an interview with former England and Manchester United player Gary Neville in May.

He had remained silent on the issue after returning late to Tottenham following England’s run to the European Championship final, even as speculation about a transfer persisted.

After missing the opening win of the season against defending Premier League champion City, Kane made his first appearance of this campaign as a substitute on Sunday in the 1-0 win over Wolverhampton.

“It was incredible to see the reception from the Spurs fans on Sunday,” Kane tweeted three days after the game, “and to read some of the messages of support I’ve had in the last few weeks.”

New Tottenham manager Nuno Espirito Santo hopes to now focus on the season with Kane fully available to him.

“It’s finished, Harry is going to be with us,” the Portuguese coach said. “It’s good that this issue is over and we can proceed as normal.”

Nuno will need Kane in top form to try to deliver Tottenham’s first trophy since the 2008 League Cup.

“I think it’s up to us and everybody, the player himself to get this motivation because there shouldn’t be any kind of doubts in terms of motivation to play (for) Spurs,” Nuno said. “Amazing club, good team, we are in the process and we need everybody involved.”