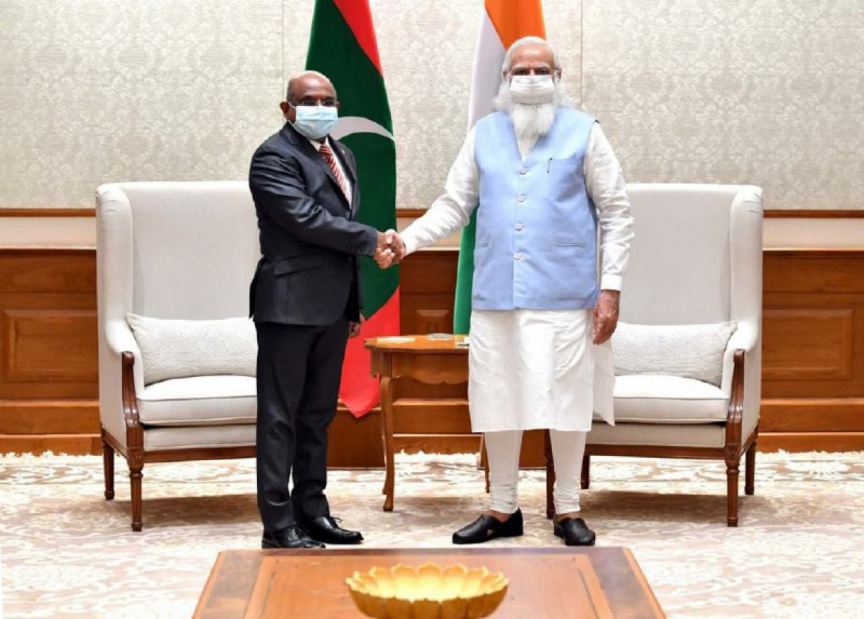 Foreign Minister and President-elect of the 76th session of the United Nations General Assembly Abdulla Shahid has paid a courtesy call to India’s Prime Minister Narendra Modi as part of his official visit to the nation.

The meeting was held at India’s capital, New Delhi. During the meeting, Minister Shahid conveyed greetings and well wishes to Modi, the Government and people of India on behalf of President Ibrahim Mohamed Solih and the Government and people of Maldives. Minister Shahid also extended his gratitude to the Indian Govern for the continuous support and assistance rendered to the Maldives – especially amidst the COVID-10 pandemic.

On this call, Minister Shahid was accompanied by High Commissioner of Maldives to India Dr Hussain Niyaaz and Chef-de-Cabinet-designate of the Office of the President of the 76th United Nations General Assembly Ambassador Nagaraj Naidu.

'Not beneficial to go against a specific country'