Shiyam: New parties within govt. will increase support for PPM 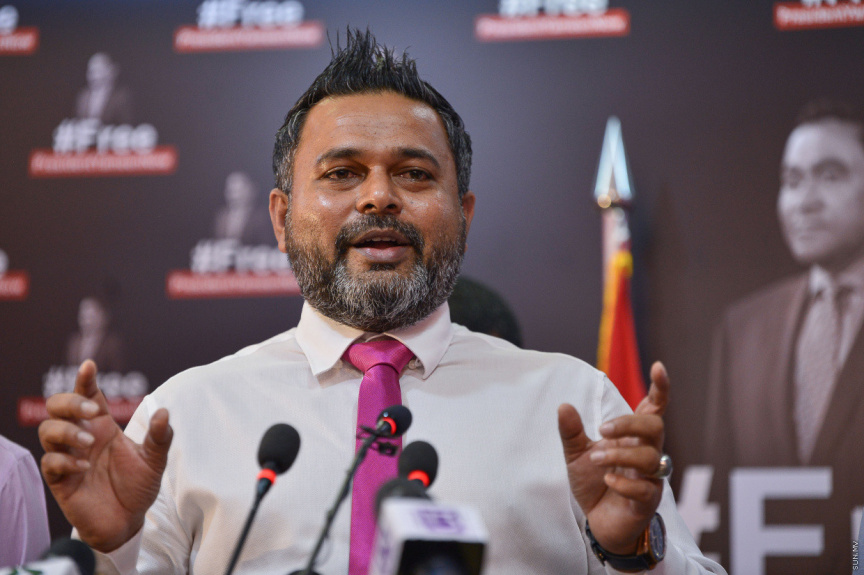 Shiyam’s comment comes after several politicians from MRM and JP – part of the government coalition – left the parties and work on forming new political parties.

Shiyam told Sun he does not believe the introduction of new parties in the Maldivian political arena will lead to a loss in support for PPM. He said that it will, instead, lead to loss of public’s faith in the government and the new parties.

He said that as the public loses faith in the government and new political parties, it will only increase love and support for PPM in the coming days.

“The people who came to power making so many declarations and so many promises to the public have accomplished nothing in these three years. And then people among them [the government coalition] are moving to form new parties. This will not affect us in the least. Rather, this will lead to the loss of the public’s hope and faith in them. This means these decisions will increase the public’s support for PPM,” he said.

Shiyam said that if politicians had noble intentions of serving the public, they would not “discard” their parties when faced with differences, but would work to remedy the issues.

Shiyam said that political parties make a “social pledge” to the public, and that the decision by politicians to leave their parties and form new parties in the name of serving the public will lead to loss of public’s confidence in them.

3 ministers to be summoned to Majilis by Naifaru MP

Shiyam: PPM doesn’t have any deal to make with MDP

Shiyam: Outbreak in Lh. Atoll due to govt. negligence