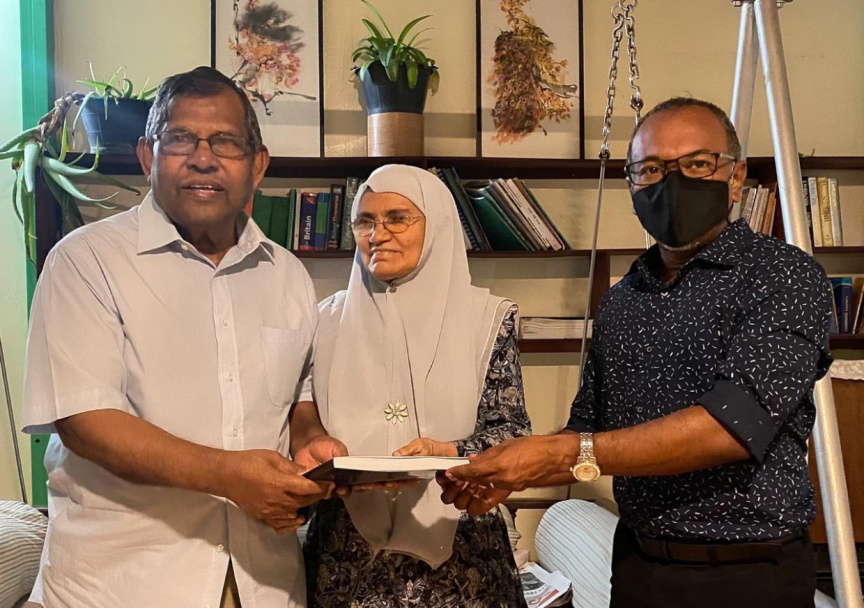 Speaker of the Parliament, former President Mohamed Nasheed’s family has been presented a copy of the report compiled by Parliament’s Security Services Committee (241 Committee) following its inquiry into the breach of Nasheed’s in relation to the IED attack on May 6.

Following this, Nasheed thanked MDP for presenting the report to his family.

While Nasheed’s family has been presented the report compiled by the 241 Committee, another three copies have been presented to President Ibrahim Mohamed Solih, Chief Justice Ahmed Muthasim Adnan and Nasheed himself.

Upon being presented the report, President noted that he will look into the points highlighted in the report, and take corrective measures where possible and assured that the report will be shared with the National Security Council, and key national security related work conducted as soon as possible.

A homemade remote-controlled IED was strapped to motorcycle parked nearby Nasheed’s residence, and was detonated at 08:27 pm on Thursday, just as Nasheed, 53, exited his residence and went to get in his car. Nasheed was thrown to the ground and sustained multiple shrapnel wounds, while three members of his security detail and two bystanders sustained minor wounds.

Nasheed is presently undergoing further treatment at the UK.

Dheebanaz to chair bench presiding over May 6 trial

Judge Adam recuses himself from bench for May 6 attack

May 6: Some defense witnesses prior terror suspects