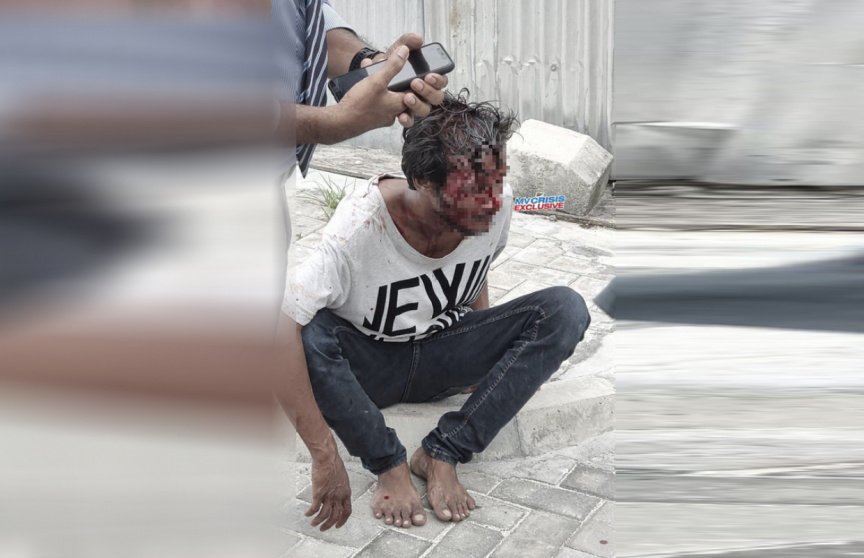 A young man has been attacked by three people outside the King Salman Mosque in Henveiru district of Male’ City.

A police spokesperson told Sun the incident was reported to the authorities at 03:55 pm this Wednesday.

Police confirm the incident involves a 20-year-old who was beaten by three people.

“We are unable to say whether the assault took place with or without weapons at this time. This will be established following an investigation,” said the spokesperson.

Photos of the young man circulating on social media show him bleeding from his head.

The victim is being treated at Indhira Gandhi Memorial Hospital (IGMH).

The police spokesperson said they have yet to make any arrests.