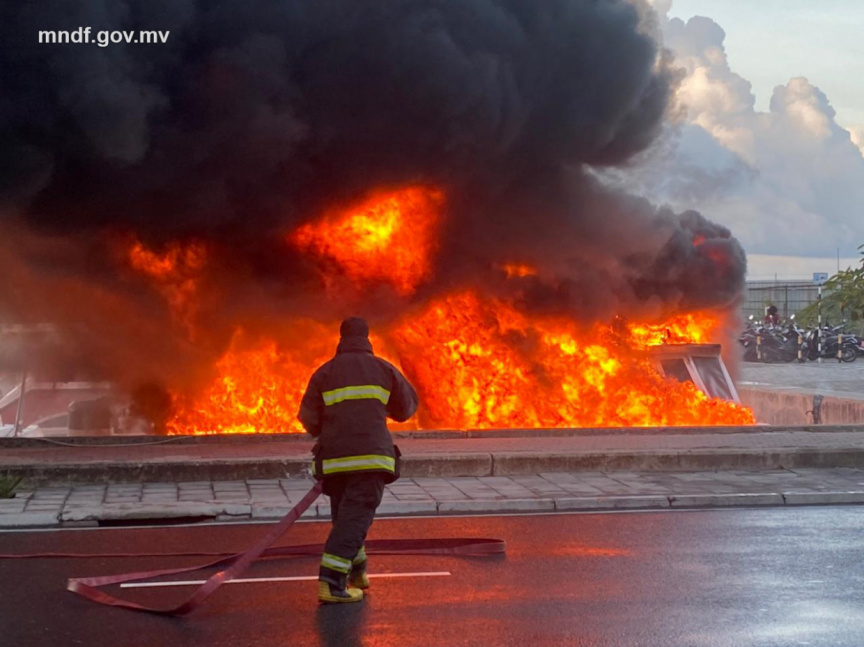 Firefighters battle a fire which broke out on board boats docked at the lagoon on southern end of Male' City on June 17, 2021. (Photo/MNDF)

A fire broke out in the lagoon on the southern end of Male’ City on early Thursday, burning down three speedboats and injuring one person.

One person sustained injuries in the fir. He has been taken to Indhira Gandhi Memorial Hospital (IGMH) for treatment.

MNDF said the fire damaged three speedboats beyond use, and caused significant damages to two more speedboats nearby.

The fire is under investigation by the police.

Teacher injured in a fire at Vaikaradhoo home