2 suspects on boat stopped by police off Hulhumale’, days before May 6 blast 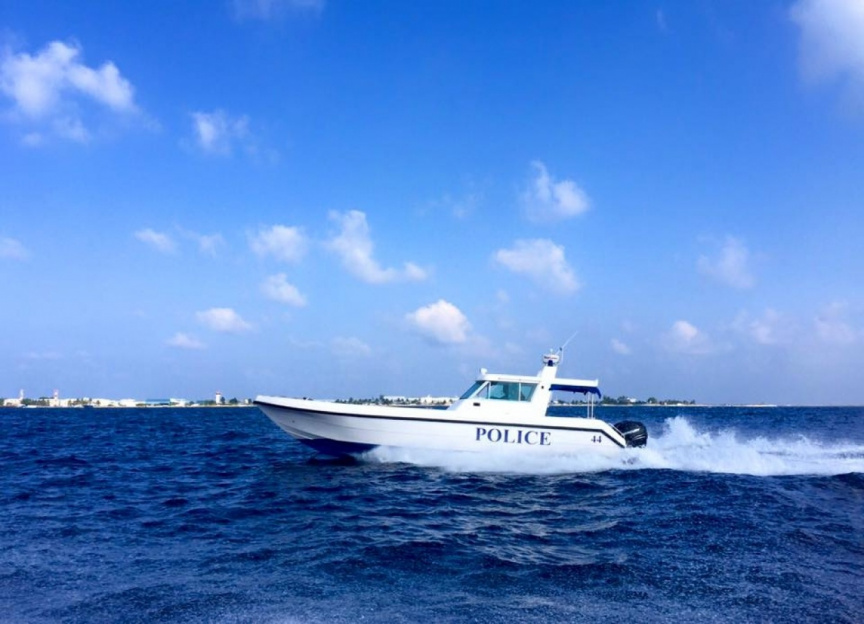 Maldives police said on Wednesday that two of the suspects arrested in connection to the IED attack outside the residence of Parliament Speaker, former President Mohamed Nasheed last May were on a speedboat stopped and questioned by patrolling marine police officers in the lagoon of suburban Hulhumale’, mere days before the attack.

In a press statement on Wednesday afternoon, police said that after they made arrests in connection to the IED attack, they identified that one of the suspects - Thahmeen Ahmed, 32, Folheyma, GA. Kondey - was recorded by marine police to have been on a boat which was stopped at sea on May 1.

The information was shared with the team investigating the IED team, who, upon further investigation, found another suspect was also on the boat that night - Ahmed Adhuham Rasheed, 26, Hiyaa, GDh. Thinadhoo.

Police said they conducted necessary investigations and took necessary action in response to the information.

The boat was stopped during routine patrol by marine police after they observed issues with the boat’s navigation light. The police left after advising those on the boat to rectify the issue.

Police are treating the case as a targeted terror attack to assassinate Nasheed, and have made four arrests in connection to the case. The other two suspects arrested in the case are Mujaz Ahmed, 21, Ma. Feyruge, K. Male’; and Ahmed Fathih, 23, Dhunfiniufaa, L. Gan.

Police believe Adhuham to be the person who detonated the IED, and Thahmeen to be the owner of the motorcycle the IED was strapped on.

All four suspects are believed to have links with religious extremism.

The attack has spurred security services to launch a crackdown on religious extremism, in which at least 14 suspects have been arrested, and multiple properties across Maldives, including private property and prisons, have been raided.