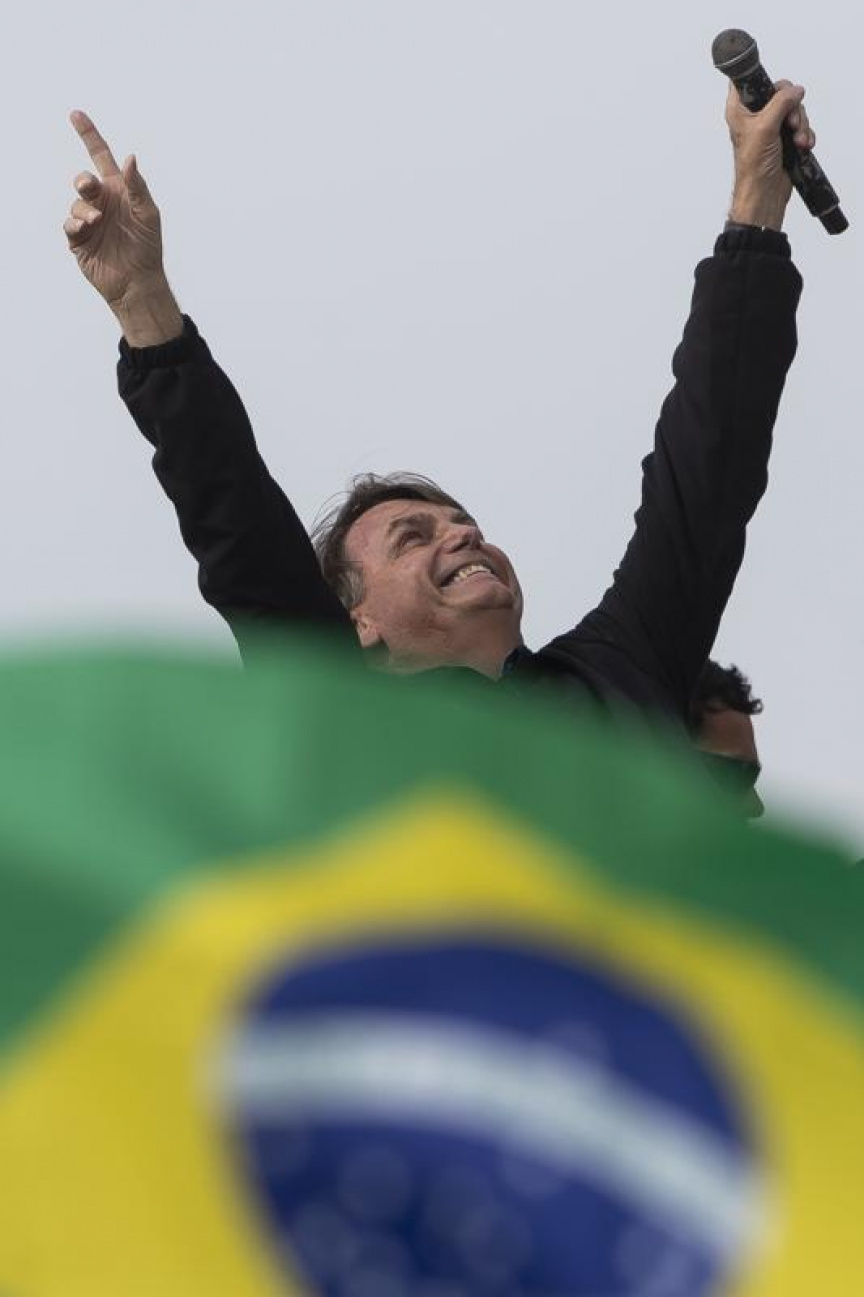 SAO PAULO (AP) — Brazil was named as the new host for the Copa America on Monday after Colombia and Argentina were stripped of the tournament, prompting local health experts and politicians to criticize the decision to hold the troubled event in one of the countries hardest hit by the COVID-19 pandemic.

Alejandro Domínguez, the president of South American soccer body CONMEBOL, announced the move on Monday hours after Argentina was ruled out amid an increase in COVID-19 cases in the country. Colombia was removed as co-host on May 20 as street protests against President Iván Duque rocked the nation.

CONMEBOL added that the tournament is confirmed to take place between June 13 and July 10. Brazil is the defending champion and also hosted the last tournament in 2019.

“The host cities and the fixtures will be confirmed by CONMEBOL within hours. The oldest international tournament in the world will make the whole continent cheer!” the South American body said. “CONMEBOL thanks (Brazil) President Jair Bolsonaro and his team, and also the Brazilian soccer confederation for opening the doors of this country for the safest sporting event in the world today. South America will shine in Brazil with all its stars.”

However, a key government minister, Luiz Eduardo Ramos, cast some doubts on the event later Monday by saying that nothing had been finalized and that Brazil had yet to formally sign an agreement to host the tournament.

“We are in the middle of the process,” Ramos told journalists in Brasilia. “But we will not avoid a request in case we can do it. We are verifying details, tomorrow we will have a final decision.”

The Brazilian soccer confederation did not respond a request for comment from The Associated Press. It also canceled the national team’s news conferences that had been scheduled for later Monday at the Granja Comary training ground, outside Rio de Janeiro.

Dominguez also thanked the Brazilian president, who has challenged social distancing restrictions and called for a return to normal life despite a slow vaccine rollout.

“The Brazilian government showed quickness and decision making skills in a moment that is fundamental for South American soccer,” Domínguez said. He added Brazil “lives in a moment of stability, has a proven infrastructure and accumulated recent experience to organize a tournament of this magnitude.”

On Saturday thousands of Brazilians took the streets to protest against Bolsonaro, and many observers said the same could happen during the Copa America. Brazil had massive street protests during the 2013 Confederations Cup it hosted.

More than 460,000 people have died of COVID-19 in Brazil, a figure that is second only to the United States. Many analysts are expecting another wave of the disease to hit the country by late June. Many hospitals have more than 80% of their intensive-care unit occupied by victims of the virus.

Scientists expressed their concern with the decision to host the tournament in a nation where a more transmissible variant of the virus is dominant. So far Brazil’s local authorities have not sanctioned the presence of fans in stadia, something Bolsonaro favors.

“There will be no attendance, right? If there’s no attendance it is no problem,” Mourão said. “All you have to do is to split the host cities well and that’s the end.”

However, some state governors objected to having games played in their states, including Pernambuco and Rio Grande do Norte, two of the hosts of the 2014 World Cup.

Miguel Nicolelis, a prominent Brazilian neuroscientist, voiced his opposition to the tournament taking place in the country on Twitter.

“Can anyone file an injunction at the Supreme Court to stop another attack on Brazilian people? Copa America will take place at the moment we reach 500,000 dead by COVID. We don’t need more circus, we need vaccines and a government,” Nicolelis wrote.

Dr. Denise Garrett of the Sabin Vaccine Institute, a non-profit organisation advocating for improved vaccine access, told the AP she is also opposed to the competition taking place in the country.

“This brings the risk of bigger transmission of the virus in the country because of the gatherings, bigger circulation of people, more interactions” she said. “And Brazil also runs the risk of introducing new variants that could come with players and workers from other countries.”

South American teams are already training for the tournament while two rounds of World Cup qualifiers are starting this week.

Like other continental tournaments, Copa America was initially scheduled for 2020, but the COVID-19 pandemic forced its postponement.

The 2020 version of Copa America was to introduce a new format with five teams based in each of the co-hosts, Colombia and Argentina. Group A features Argentina, Bolivia, Chile, Paraguay and Uruguay while Group B includes Brazil, Colombia, Ecuador, Peru and Venezuela. The four best teams in each group were to advance to the knockout stage, and the final was originally set to be played in Colombia’s Barranquilla.

It would have been the first Copa America hosted by two countries.

Qatar, the 2022 World Cup hosts, and Australia, which were to take part as guests, decided in February to withdraw due to the coronavirus pandemic.