Maldives to conduct intelligence audit over May 6 blast 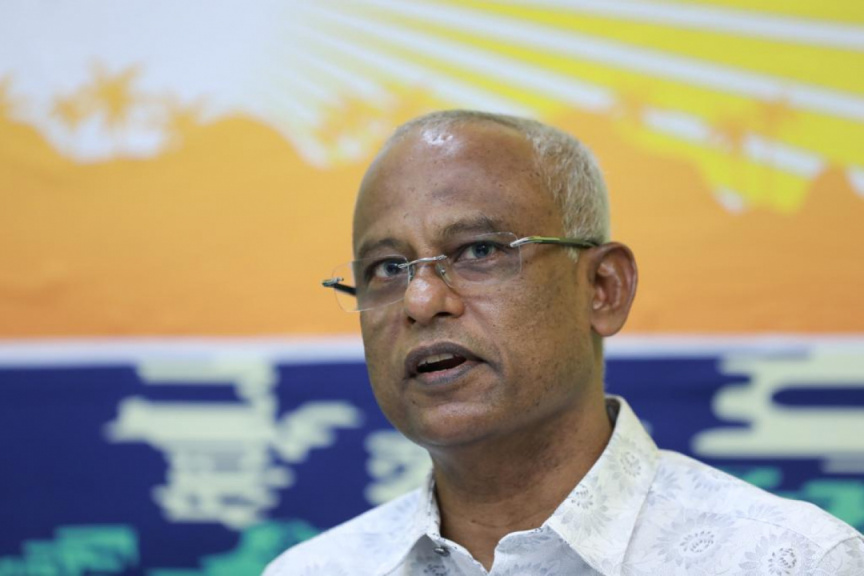 President Ibrahim Mohamed Solih has announced he has ordered for an intelligence audit to analyze the lack of intelligence prior to targeted terror attack on Thursday which left Parliament Speaker, former President Mohamed Nasheed severely wounded.

A homemade remote-controlled IED was strapped to a motorcycle parked nearby Nasheed’s residence, and was detonated at 08:27 pm on Thursday, just as Nasheed, 53, exited his residence and went to get in his car. Nasheed was thrown to the ground and sustained multiple shrapnel wounds, while three members of his security detail and two bystanders sustained minor wounds.

The police are treating the case as a targeted terror attack to assassinate Nasheed.

President Solih visited Nasheed at the hospital on Saturday afternoon.

Speaking to press after exiting the hospital, President Solih said that he ordered for an intelligence audit on Saturday night due to lack of intelligence prior to the attack, and that he will receive a review of the security policies used to guard Nasheed from Maldives National Defense Force (MNDF) later this Sunday.

INTELLIGENCE, SECURITY NEED TO BE STRENGTHENED

President Solih said he believes the intelligence gathering of Maldives’ security services and the security they provide need to be strengthened.

“I find there’s a need to strengthen intelligence, and that the level of security needs to be better than this. Will make great many reforms in light of these two reports,” he said.

President Solih provided assurance all necessary measures will be taken to ensure such an attack does not take place again.

When asked about Nasheed’s condition, President Solih said that he talked a great deal and appeared very brave.

President Solih said they conversed on matters of the government and on personal matters – as two friends.

“President Nasheed is brave. Its further certain from what he spoke about today,” he said.

President Solih said that Nasheed is making good progress in his recovery, and thanked the team of doctors who treated him, as well as the hospital management.

Police have made three arrests in the case, including the main suspect – the man believed to have detonated the IED.

“I therefore expect the investigation to be completed very soon, and the case sent for prosecution,” said President Solih.