Police arrest 2 in connection to May 6 blast; raid locations in Male’, Hulhumale’ 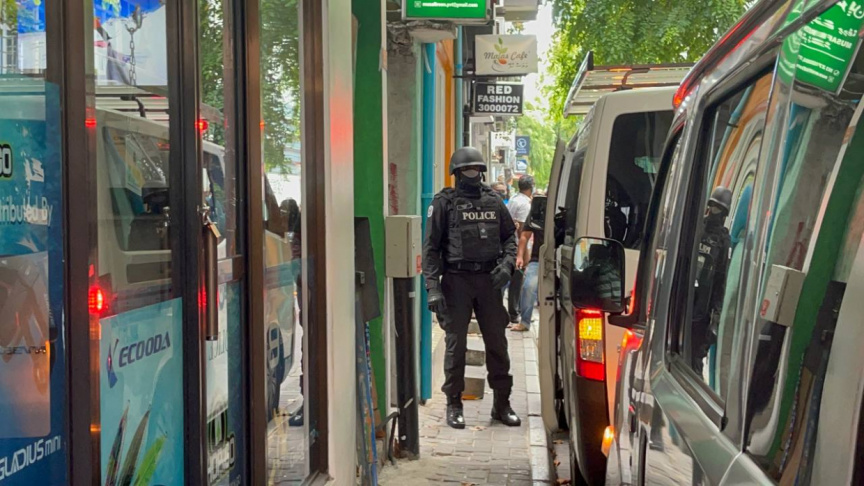 Police conduct a raid a building in Alikilegefaanu Magu, Male' City on May 8, 2021. (Sun Photo/Mohamed Muzain)

A homemade remote-controlled IED was strapped to motorcycle parked nearby Nasheed’s residence, and was detonated at 08:27 pm, just as Nasheed, 53, exited his residence and went to get in his car. Nasheed was thrown to the ground and sustained multiple shrapnel injuries, while three members of his security detail and two bystanders sustained minor injuries.

The police confirmed on Saturday afternoon they have two suspects in custody.

The announcement by the police came as they conducted simultaneous raids in G. Gadhafehige alley, located in Alikilegefaanu in Male’, and two locations in suburban Hulhumale’.

The police have yet to confirm the raids are connected to the terror attack.

The police took one man into custody in the raid in Alikilegefaanu Magu. The police had a black cloth over his head as they put the man in the police vehicle.

Nasheed off life support, breathing on his own