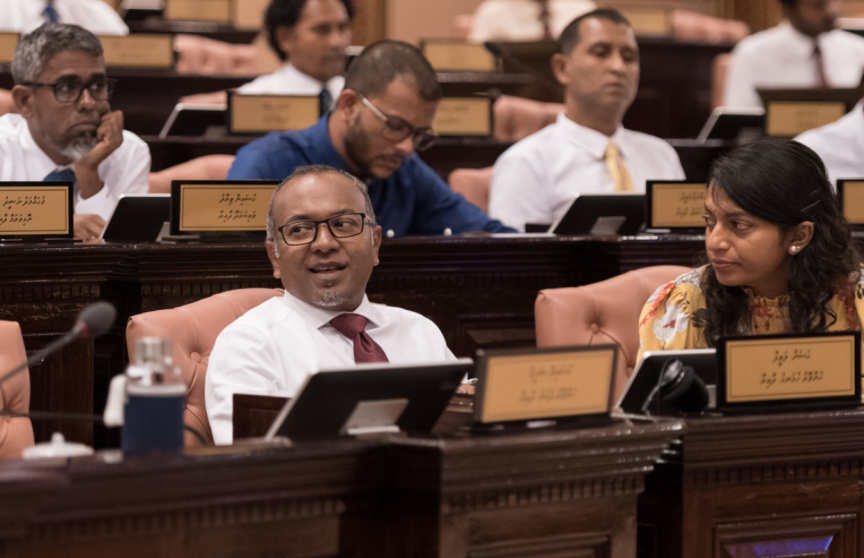 The Parliament has today passed a resolution submitted to establish an entertainment center in Male' City.

The entertainment center resolution calls on the government to establish a center in the capital where youths can have fun and conduct recreational activities such as play music without any worries.

The resolution was passed by the parliament with the vote of 46 MPs. It was originally submitted by the West Henveiru MP and MDP chairperson Hassan Latheef.

The resolution was submitted two increase the facilities and resources for youth enjoyment and to develop the fields of music and other entertainment sectors as well as to find a solution for the social issues faced by the nation and its youth.

MP Hassan Latheef's resolution read that the capital Male' was a congested city with issues such as housing employment, and the youth of the nation who are forced to live in the capital needed a place to relax without any worries, as the government attempted to resolve these issues.

The parliament also today rejected the amendment submitted to repeal the requirement of a garage letter in order to register a vehicle in the Maldives.

The parliament committee on National development and Heritage analyzed the amendment before deciding to recommend repealing the required garage letter.

Under the current laws, a garage letter where the vehicle to be registered can be parked and kept, is required in order to register the vehicle with the Transport Authority.

MP Eva for North Galolhu submitted to reject the proposed amendment to repeal the garage letter requirement which was supported by 68 MPs.

MP Eva argued that repealing the requirement of the garage letter would not resolve the issue of corruption surrounding the matter and that teh repealing could further cause congestion on the already crowded roads of Male' City.

She also stated that a better solution was needed to address the entire issue.