Family asks for help in release of Kashmir separatist leader 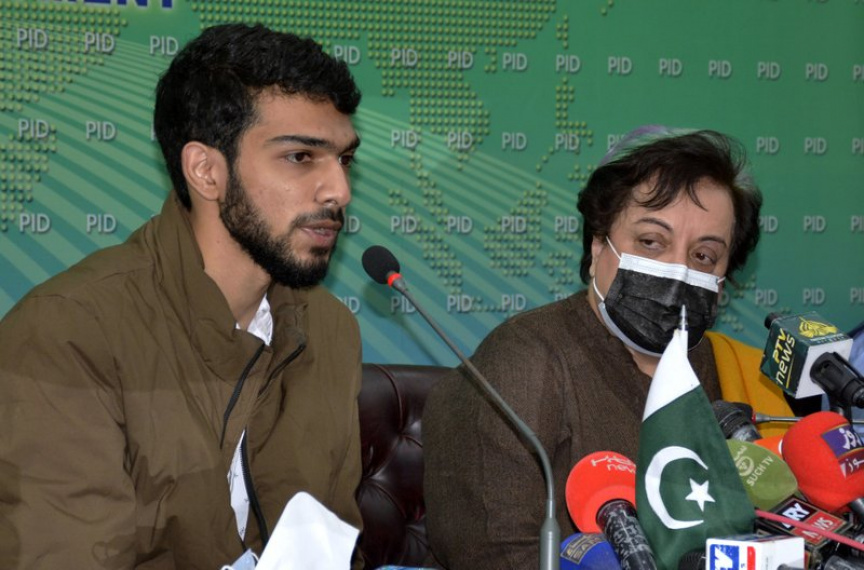 ISLAMABAD (AP) — The family of a prominent separatist leader from disputed Kashmir who is being held in an Indian jail for alleged anti-state activities appealed Monday to the United Nations for help in securing her release.

Ahmad bin Qasim, the son of Aasiyeh Andrabi, who heads an Islamic women’s group in Indian-controlled Kashmir, was joined by Pakistan human rights minister Shireen Mazari in issuing the appeal during a rare news conference in Pakistan’s capital Islamabad.

Andrabi and two other activists, Sofi Fahmeeda and Nahida Nasreen, were charged by a court in India last month.

On Monday, her son — who is studying in Pakistan — and Mazari criticized Indian forces for committing human rights violations in Kashmir and asked human rights organizations to work for Andrabi’s release and the release of other women jailed in India. Qasim said his mother suffers from asthma and in need of medical care.

Qasim’s father, Ashiq Hussain Faktoo, was a Kashmiri separatist rebel commander and Indian authorities convicted him of murder in the death of a human rights activist in Indian-controlled Kashmir. The region is split between Pakistan and India and claimed by both in its entirety.

Pakistan wants India to drop charges against Andrabi and her husband and release them.

Pakistan and India have a history of bitter relations and have fought two of their three wars over Kashmir since gaining independence from Britain in 1947. Relations between the two countries have been further strained since August 2019, when India revoked the Muslim-majority region’s semi-autonomous status and divided it into two federally governed territories, touching off anger on both sides of the frontier.

India has an estimated 700,000 soldiers in its part of Kashmir, fighting nearly a dozen rebel groups since 1989. In many areas, the region has the feel of an occupied country, with soldiers in full combat gear patrolling streets and frisking civilians. More than 68,000 people, most of them civilians, have been killed in the conflict.