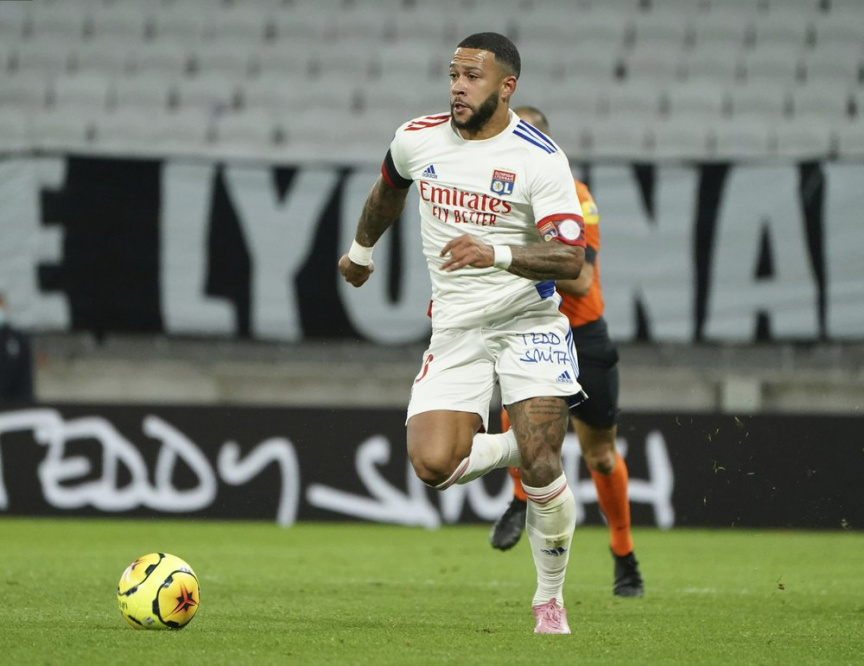 PARIS (AP) — Lille kept its unbeaten record in the French league but lost top spot after drawing 1-1 at Nice, while sixth-place Lyon routed Monaco 4-1 on Sunday.

Paris Saint-Germain and Lille, the only side still unbeaten, both have 18 points from eight games but PSG is top with the better goal difference.

In other matches, Reims forward Boulaye Dia scored a hat trick in a 4-0 win at Montpellier, which had two players sent off in the first half, and Bordeaux grabbed late goals in a 2-0 home win against Nimes.

Champions League semifinalist Lyon has found its goal touch again thanks to the irrepressible Memphis Depay.

The Netherlands forward scored the opening goal and played a part in the next two — one week after creating all three goals in a 3-2 win at Strasbourg.

Depay, who was close to joining Barcelona in the recent transfer window, put Lyon ahead in the 11th minute with a sweetly struck shot from Houssem Aouar’s right-wing cross.

Depay pulled up his jersey to reveal a message for injured countryman Virgil van Dijk, who faces a long spell out after damaging cruciate ligaments in his right knee playing for Premier League champion Liverpool last weekend.

After scoring, Depay then released Tino Kadewere down the right and his cross was turned in by forward Karl Toko Ekambi in the 33rd. Aouar then scored from the penalty spot after Toko Ekambi was fouled latching onto Depay’s first-touch pass in the 40th.

Striker Wissam Ben Yedder pulled a goal back from the spot shortly after the break for 12th-place Monaco, the 2017 champion, and Lyon defender Melvin Bard was sent off near the end.

Son assisted by Kane again to lead Tottenham to victory