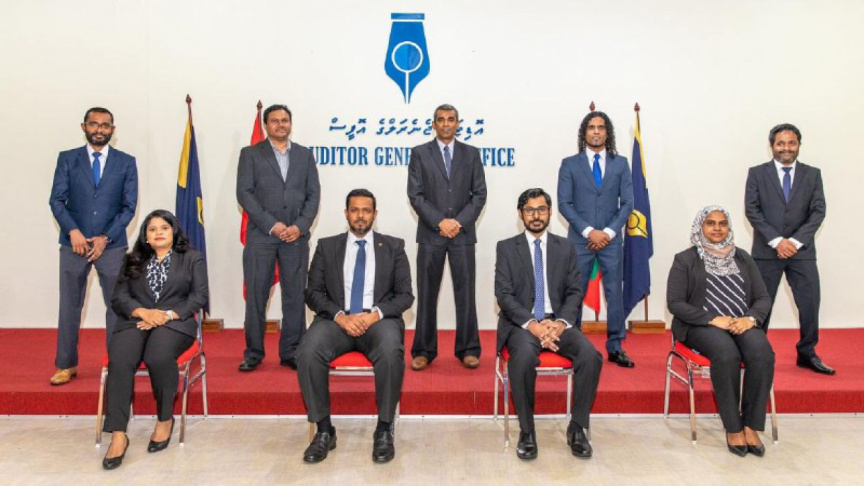 The transitional council for the Institute of Chartered Accountants of the Maldives.

Legal contradictions have led to MP for Dhaandhoo Yaugoob Abdulla recusing himself from the transitional council for the Institute of Chartered Accountants of the Maldives created yesterday.

MP Yaugoob was appointed to the institute yesterday after its creation, as one of the four members representing the private sector of accountancy.

MP Yaugoob speaking with Sun said that there were legal contradictions on how he can serve on the transitional council while also serving as a parliamentarian. He stated that he had sent a letter to recuse himself from the council to the Auditor General’s Office.

“I checked whether there were any issues. The Auditor-General also sought legal advice. On the basis of advice by some lawyers, later on, there were contradictions, so I decided to recuse.” Said Yaugoob.

He said that he did not see any contradictions regarding the matter, but decided to do so since it was the best decision.

“In my view, I don’t see any reason why I cannot serve on the council. I also got similar advice from a number of lawyers. However, there were contradictions. So, I decided, that it was not the wisest thing to do.” Said MP Yaugoob.

He added that his only wish was to see the council working, before noting that not a single meeting of the council had been held so far.

Article 73 of the Constitution stipulates a member of the parliament cannot serve on an independent commission as a member.  ICAM is authorized to engage in legal proceedings to undertake its responsibilities and will be established as an independent institution with an official seal.