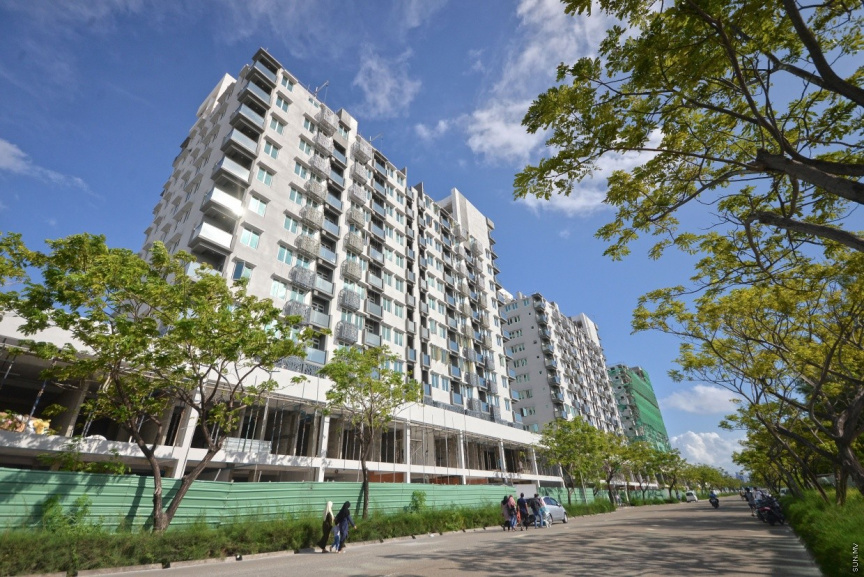 Island Expert, the company contracted to build the accommodation flats for Police and MNDF personnel has said that it will be ceasing operations on the Police flats and focusing on the MNDF flats.

Managing Director of Island Expert Anon Songpanya said to Sun that decision was due to a shortage of staff.

“Due to COVID-19, we lost many staff. So, we are giving up the POLCO project and focusing on SIFCO project.” Said Anon who has previously spoken about the negative impact of COVID-19 on business.

Island Expert was awarded the project after the government terminated the initial contract made with Noomadi Residences.

Island Expert was tasked with constructing three towers of flats. The total number of flats under the project is numbered at 361. The project worth MVR 6 million was to be completed by October 2017.

Anon, who also holds shares in Noomadi Residences, has previously said that the company was working to complete the projects as soon as possible.

Island Expert also has a shareholder who is a member of the Saudi royal family.

Protests by employees of Island Expert over months of unpaid wages had turned violent on July 13, turning the public focus on the company. 41 employees of the company were arrested in the violent protests.

Anon said that the company was now paying the wages of the employees through the sale of assets. He added that most of the wages were now paid and that repatriation if employees who wished to return were being facilitated through the Economic Ministry.

However, some employees of Island Expert that spoke with Sun said that some of the wages still remained unpaid. Employees arrested in the protests were repatriated after their wages were paid in full, according to Anon.

MVR 1.5B allocation in '22 budget for housing in atolls

Govt. to roll out housing projects for Male’ residents

F. Nilandhoo under monitoring due to 2 COVID-19 cases