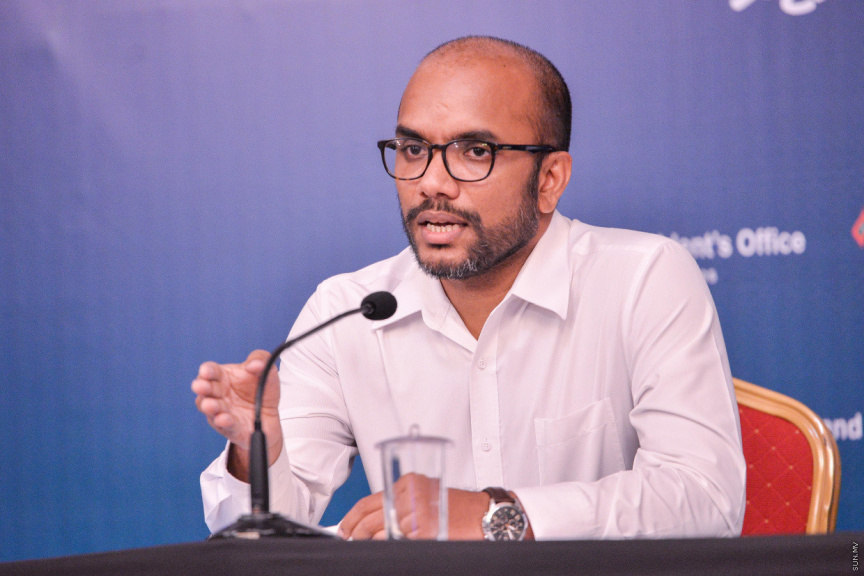 In a Whole House Committee meeting at the Parliament on Tuesday over allegations of mismanagement of national debt, Ameer said the Finance Ministry was facing difficulties due to allegations by parliamentarians suggesting the institutions is negligent in managing the national debt, as well as official records.

“The negative headline yesterday that we aren’t managing debt and that the national debt of Maldives itself is questionable. IMF, World Bank, and other [financial] institutions are questioning us about this. It’s creating doubt. This will present problems,” he said.

Presenting his motion over the allegation that the Parliament is unclear about the exact amount of national debt incurred by the state bwtween 2013 to 2018 on Monday, Parliament’s Speaker, former Maldivian president Mohamed Nasheed said he does not believe “the debt is being properly managed by Finance Ministry.” He also said the government failed to disclose information regarding sovereign guarantees issued for some of the loans.

Ameer said on Tuesday that Finance Ministry sent all relevant information it is obligated to share with the Parliament through the Government e-Letter Management System (GEMS). And that logs show the documents in question were opened and perused by the Parliament. He also said the Finance Ministry, since the current administration came to office in 2018, has been releasing monthly debt bulletins, and that the Finance Ministry also issues annual debt sustainability reports in partnership with IMF and World Bank.

“Information regarding all sovereign guarantees are clearly available on our website. If you take a look, you’ll see. We have been releasing all information since this administration came to power. IMF and other institutions have also made a point to note this.

Noting that he himself is a member of ruling MDP, Ameer said that the Parliament could have handled their concerns “better”. He said the Finance Ministry has a special technical-level team to manage national debt, and said it wasn’t right to discredit their expertise.

Meanwhile, former Vice President and Finance Minister Abdulla Jihad, who was also summoned for the Whole House Committee meeting on Tuesday, said that the work of Finance Ministry is undertaken by technical employees, no matter who may be in charge of the institution as a Minister. He also said that the employees have extensive experience in the field, and maintain close relations with donors and financial institutions.

“I worked there as an ordinary employee. The institution has a very technical team. They are very professional in their management of national debt. Now I’m not saying they are above error,” said Jihad.

For debt coverage, state companies to be privatized